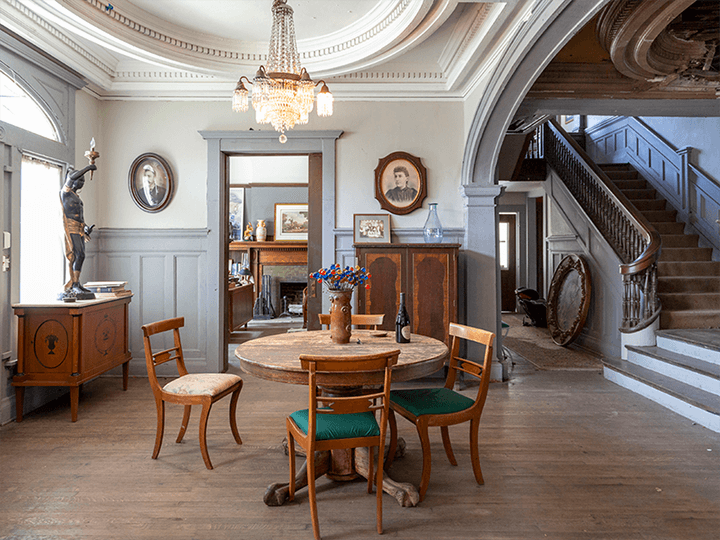 Will someone please buy and thoughtfully restore Los Angeles Historic-Cultural Monument #117, aka the Beckett Residence?The once magnificent two-story Colonial Revival located at 2218 S Harvard Boulevard in Adams-Normandie was built in 1910 for Dr. Wesley Beckett, a chairman of the trustees of the Los Angeles County Medical Association, medical director for the Pacific Mutual Life Insurance Company, and a member of the board of trustees at USC.[/fusion_text] 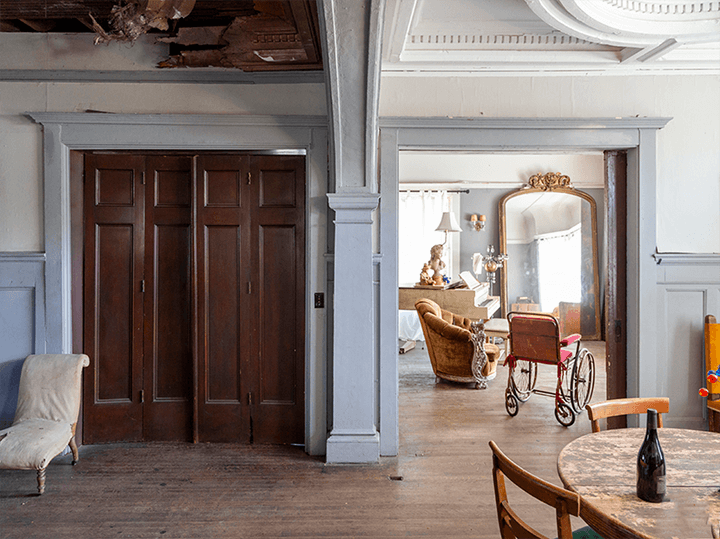 It is said, “On South Harvard Boulevard, the most prominent families built Craftsman and Victorian mansions that put most LA structures of the time to shame.” And in its heyday the Beckett residence was no exception.

Designed by architect John C. Austin — who also designed the Los Angeles City Hall, the Shrine Auditorium, and Griffith Observatory — the residence is sited on over half an acre with an asymmetrical façade and a decorative entrance flanked by sizable pilasters, giving it undeniable street presence. 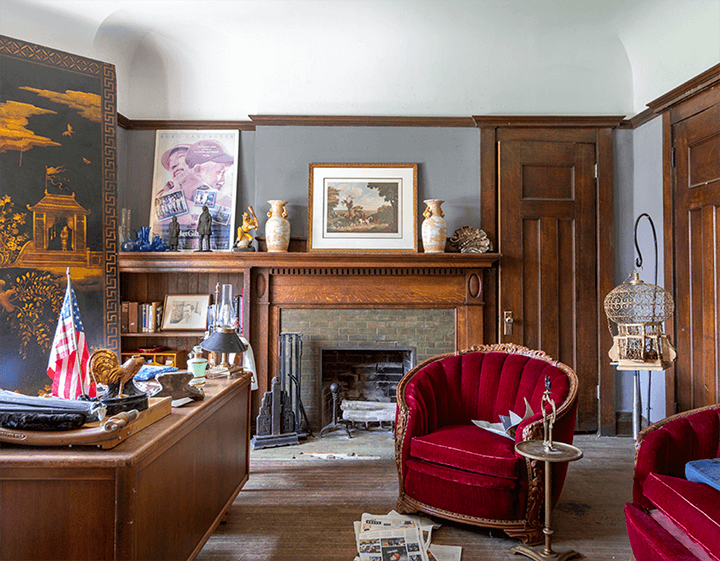 Inside opens to a voluminous interior still holding on to many of its turn of the century, architectural details. Once beautiful hardwood floors run throughout while wainscoting decorate the walls and dentil crown moldings grace the ceilings. In addition, there’s quality millwork rarely seen today. 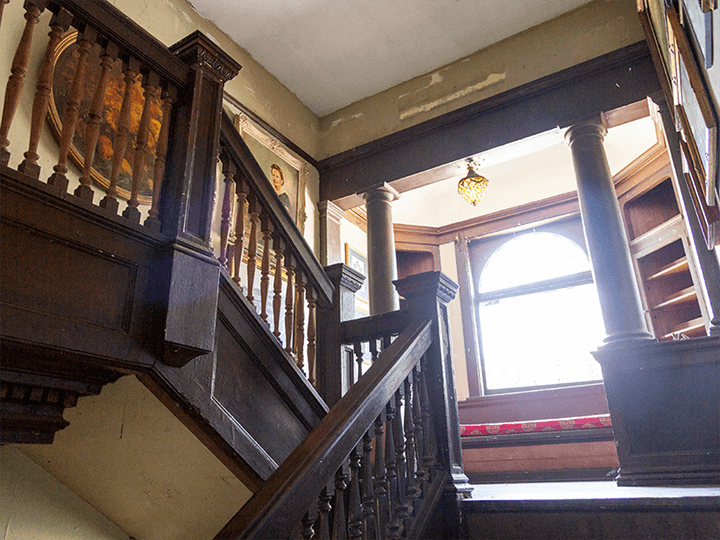 In 2015, Jeffrey Gordon Weiss and his boyfriend, David Bailey purchased the residence hoping it would be one of the “many ailing historical beauties” they’d bring back to life — they were even “in the process of signing a 10-year restoration contract with the state of California under the Mills Act, promising to undo time’s ravages in exchange for benefits such as zoning and tax breaks,” says LA Weekly. 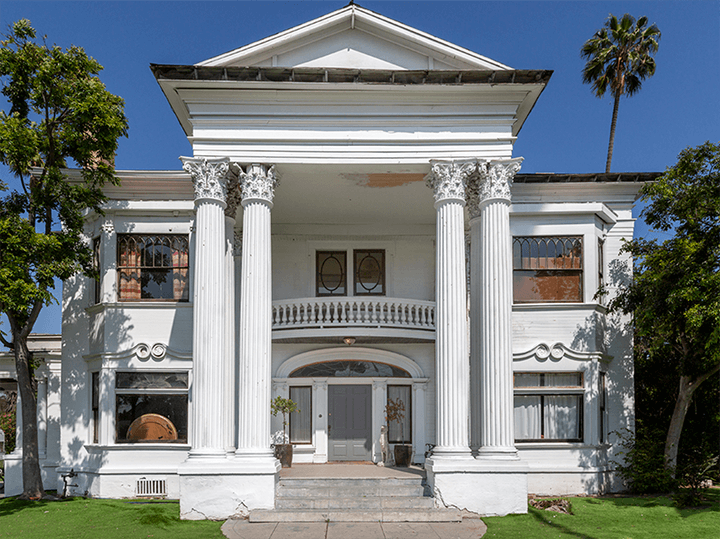 Five years later, the couple is passing the baton. Continuing the search for the next steward of this once magnificent property in West Adams Heights/Sugar Hill, the asking price was slashed from nearly $2.1 million to almost $1.8 million earlier this year.