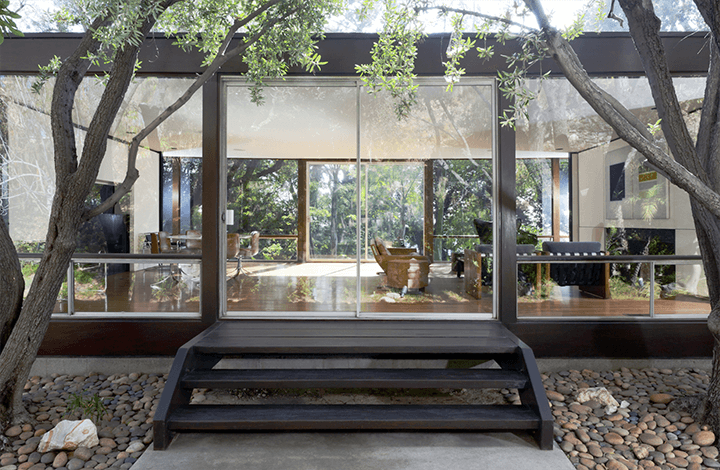 Stepping inside the Moore House by Craig Ellwood is like walking through the gates of mid-century modern residential heaven.

As seen in either of the three homes he designed for the Case Study House program, the Smith House, or his design for the Art Center College in Pasadena, Ellwood effortlessly created structures that exude an effortless elegance. California Modern: The Architecture of Craig Ellwood describes his works as a fusion of “… the Germanic rationalism of Mies van der Rohe with an informal breeziness that was all Southern California.”

The center open space contains the public rooms that feature an oversized fireplace centered in the living room. The bedrooms are located at opposite ends of the home; the primary suite is located at one end, while the other two bedrooms and baths are opposite.