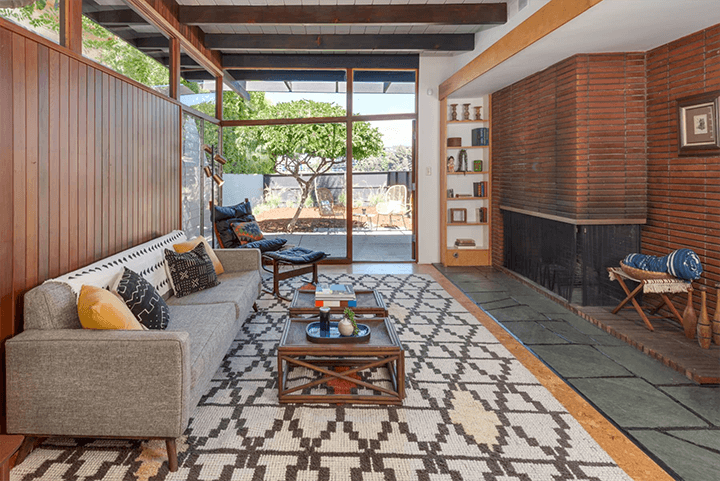 Galpert, a graduate of USC School of Architecture, built 3409 Oak Glen Drive in 1954 for a boom operator employed by Cecil B. DeMille.

Maintained almost precisely as it was built over half a century ago, the three-bedroom, two-bath single-story dwelling sited on a 6,185-square-foot flat view lot has many of the original features, including an original eat-in kitchen with vintage chrome hardware on the cabinets, orange Formica counters, and a mint condition Western Holly oven.

Other notable interior details include clerestory windows, a brick fireplace, cork floors, wood-paneled walls, and floor-to-ceiling windows, allowing for an indoor-outdoor flow to both the private front and back yards.

The one thing that isn’t original to the home is the electric car charger located in the carport.

Listed by Jacqui Tager, the asking price is $1.048 million.