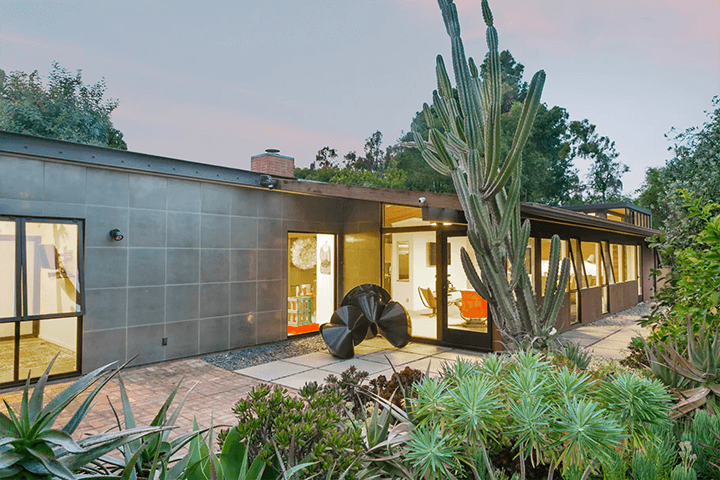 Located in Bel Air in a tranquil and private setting offering canyon views, the Lachs House by Rodney Walker will continually inspire those that live within its impeccably designed walls.

Known for “exploring the adaptability of new ideas in small houses” the Lachs House was originally built in 1958 as a two-bedroom, two-bath residence measuring 1,440 square feet. Using the original floor plan, the home was later expanded by adding the main bedroom suite and a separate building that can be used as an office, yoga studio, or media room.

Remaining true to organic architecture found in the iconic mid-century modern homes, the interior effortlessly connects its residents with nature and the surrounding drought-tolerant landscaping via extensive use of glass and soaring roof lines. Open, expansive, and welcoming public spaces encourage dinners and gatherings while three bedrooms located on either side of the house offer the unparalleled luxury of both privacy and seclusion.