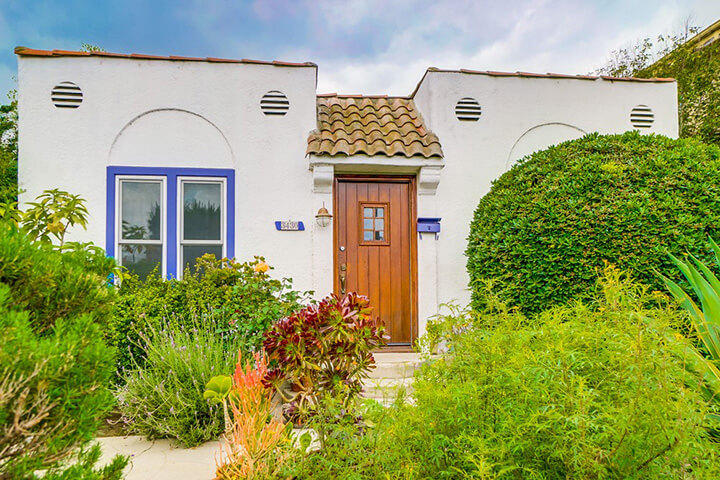 Photographer Ciro Ferreira and educator/singer songwriter Angela Roa moved to their cozy Spanish-style bungalow in Atwater in the late 1990s to live in a neighborhood where their daughter could freely ride her bike.

After adding a spacious master suite, the home now consists of three bedrooms, one and three quarter bathrooms, and a backyard filled with fruit trees and space to entertain.

Located at 3430 Greensward Rd, just south of Glendale Blvd where local favorites like Proof Bakery serve artisanal coffee and rustic salami sandwiches, they hope the new owner has as much fun as they’ve had living here. 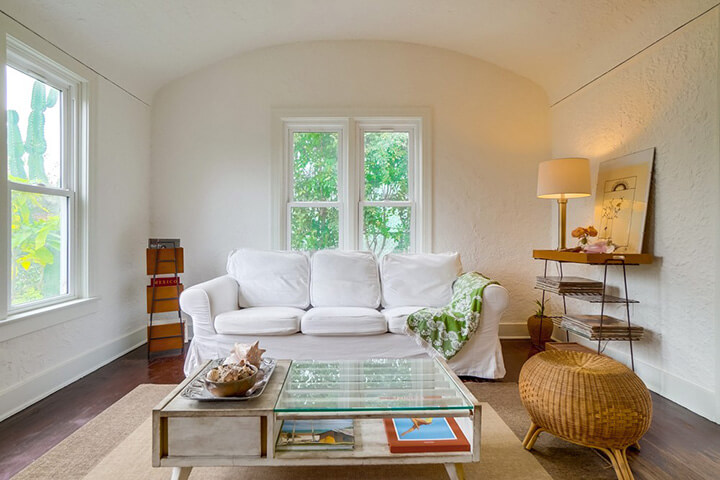 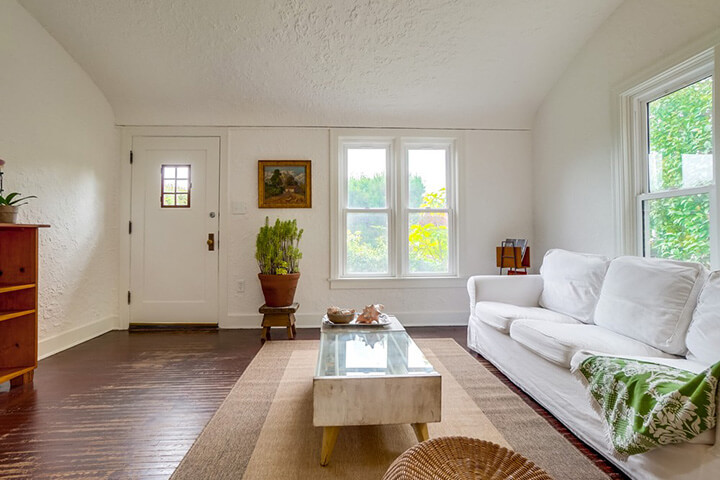 Angela: “The way I remember how we ended up in this neighborhood and this house — we were living in Los Feliz. It was a big apartment. But my daughter, at the time was I think seven years old. And me, coming from Chile based on my childhood, I wanted to give her an experience with a backyard in a neighborhood where she could ride her bike. I got the idea. We started looking around. I found this house.

“We use to come here and sneak in the backyard. The house was empty. And we came at least three times. One day I remember we said let’s try. The house was a little, how do you say, “shack?”

“At the time this neighborhood was very different. I would say it was much more diversified racially, culturally. This side of Atwater was the working class side. This has changed tremendously in the last 20 years.”

Ciro: “One of the biggest changes you see is a lot of couples with babies.

“I think the neighborhood is sexy. When we first moved in there was no night life in the whole neighborhood. We had to go to Silver Lake or Los Feliz. Now there is nightlife. It’s fun, tasty, and lots of beautiful people.” 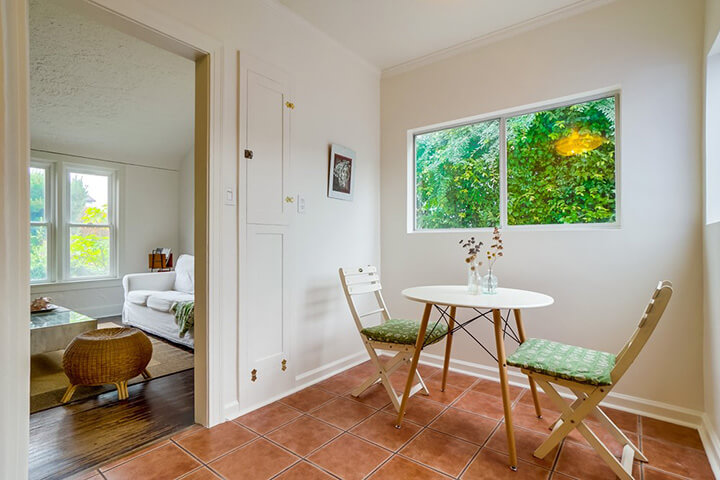 The house is fronted by a lush array of California native plants and shows off decorative Spanish-style arched details.

Filled with an abundance of natural light, the original structure is grounded by patined wood floors and consists of a living room with barrel ceilings and a center hall leading to two guest bedrooms and bathroom.

The newer portion of the dwelling merges with the eat-in kitchen and hallway that leads to the side yard and the spacious master bedroom with French doors opening to the backyard. 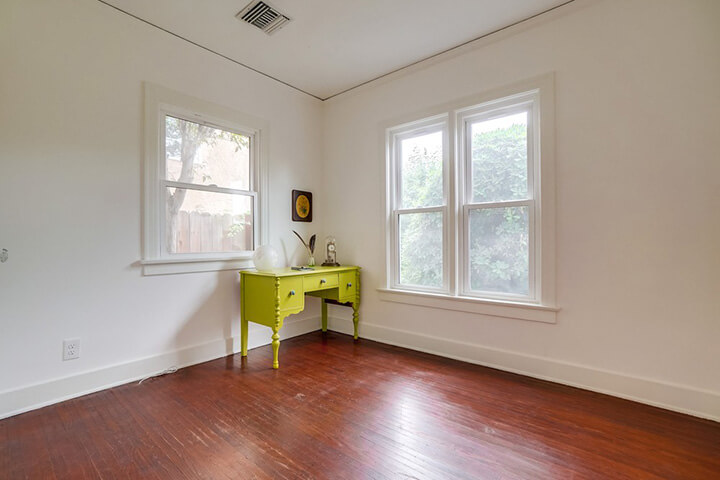 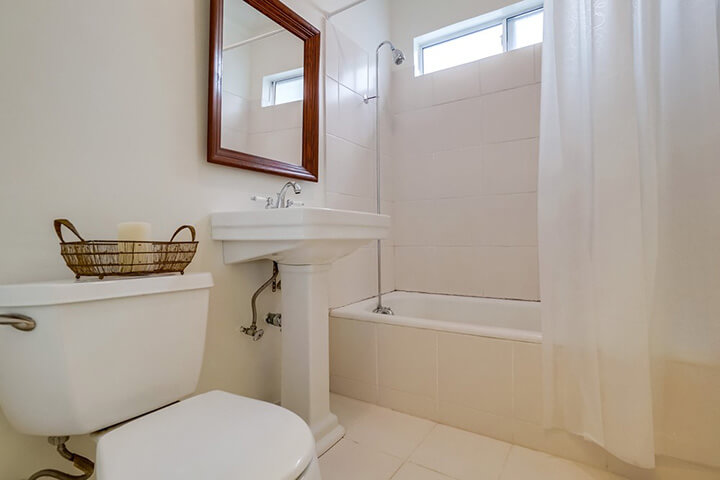 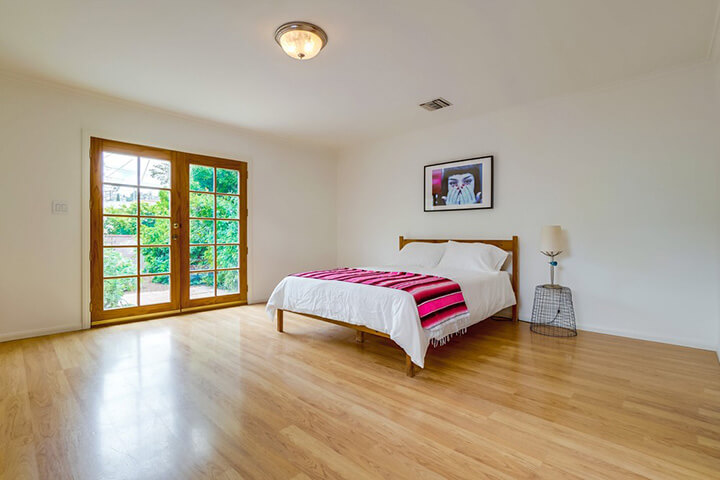 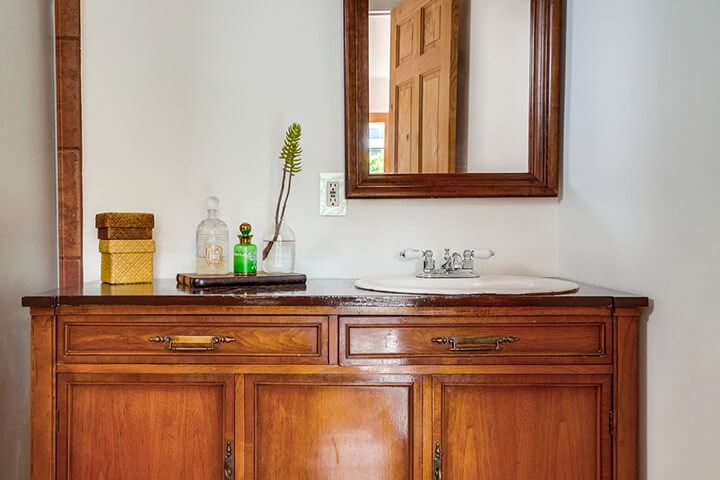 Ciro: “The old part of the house has a lot of character and it’s very comfortable but the new part has lots of space. And the back yard, little by little, has transformed.

“There were two huge California walnut trees. They were older than the house. Nothing else would grow under them and that was a problem.” 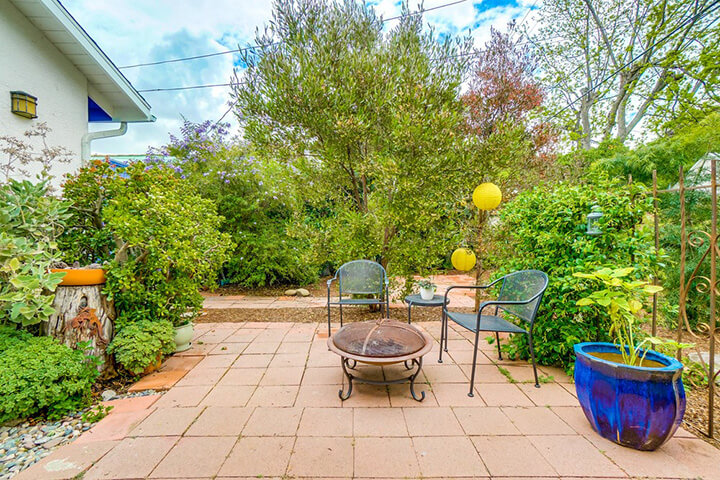 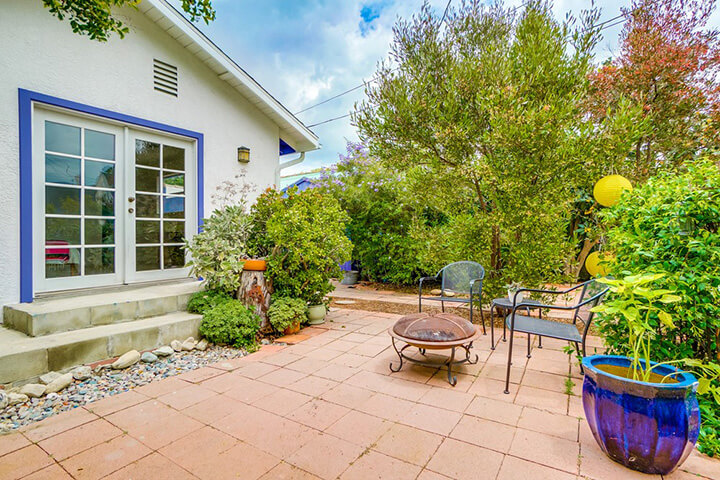 Angela: ““We created, from nothing, a wonderful private backyard with a lot of green and native plants where you see butterflies and hummingbirds. You know the big birds, parrots? One day they were all over the loquats and they were having a party! Because we have loquats, grapefruits, limes, guava, and figs, and a little mint that is now growing from the ground.

“We created what I really wanted. We’ve had a lot of gatherings with people from everywhere and I will miss that enormously.

“The house really was a labor of love and hard work. I like it the way it is but it has a lot of potential. You can do a lot of things with this house.”

Ciro: “I hope have as much fun as we’ve had. And as much enjoyment as we’ve had living here.”

Asking $799,000 the home also comes with a garage, bonus studio, and storage shed.

The first open house is this Sunday.

Interested in seeing this Spanish-style bungalow in Atwater? Get in touch.