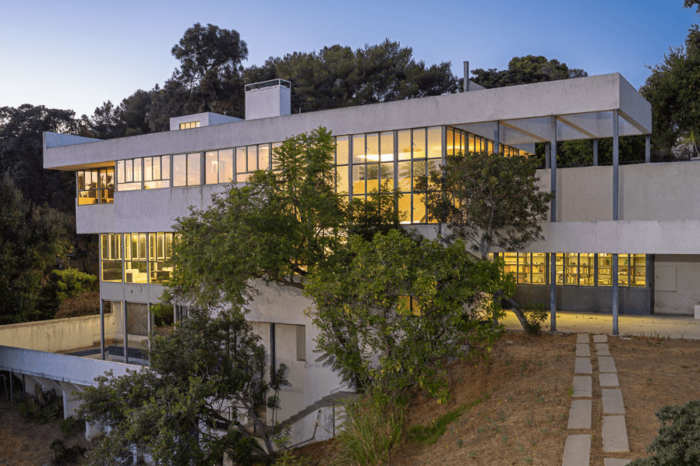 Commissioned by the naturopathic doctor and Los Angeles Times health columnist, Dr. Philip Lovell, the home was designed and built by Neutra between 1927 and 1929 to reflect Lovell’s wellness philosophies that include fresh air, lots of sunshine, and meat-less meals.

Neutra opted for a pared-down look amidst a built environment consisting of character Spanish and Mediterranean dwellings. He used concrete pillars and “an open-web steel skeleton with walls of thin concrete shot from hoses” to secure the house to its steep view lot located at 4616 Dundee Drive in Los Feliz. Wall-to-wall steel-framed windows wrap around the entire structure simultaneously adding natural sunlight to every room and framing picturesque views of the surrounding hills and cityscape from the interior.

Owned by the same family since 1961, the Lovell House officially hit the market in August 2020 asking $11.5 million. The asking price is now reduced to $9.975 million.