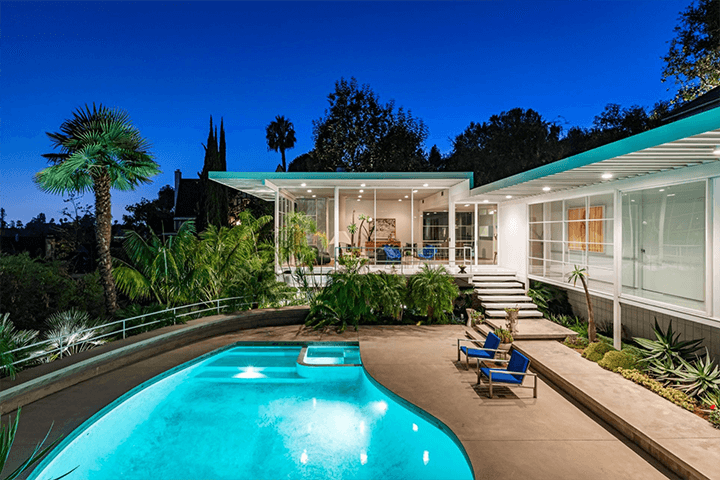 Inspired by the Arts & Architecture Case Study House program, the home, designed by architect Neil A. Johnson in 1960, floats above the bustle of the city on a knoll located at 2300 N. Edgemont St, north of the boulevard in prime Los Feliz. 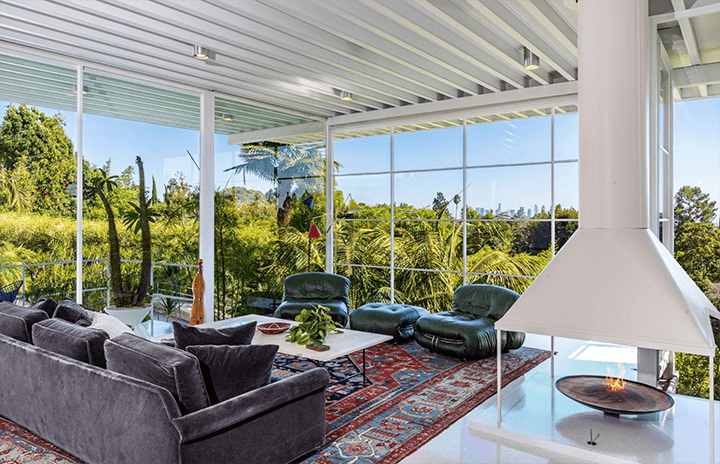 Mark Haddawy, a designer who revamped Mara Rooney’s midcentury and bravely took on a two-year restoration project of John Lautner’s Harpel House, revived the single-story dwelling to its near original form. 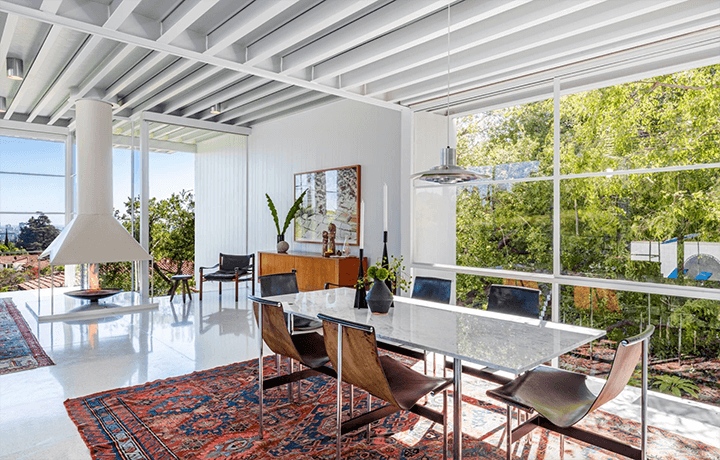 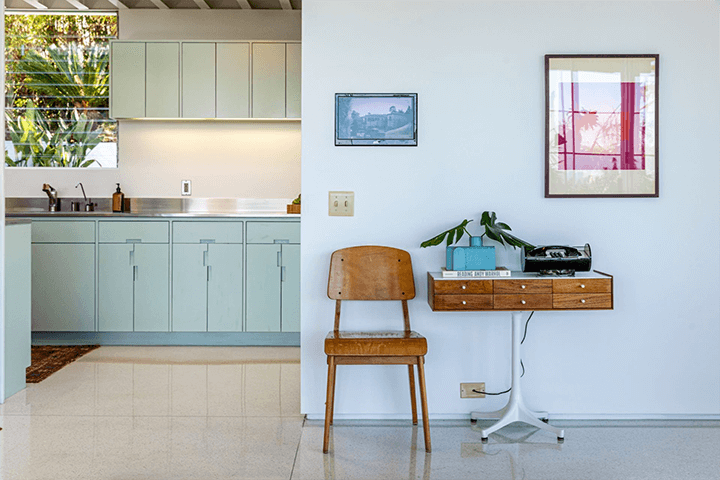 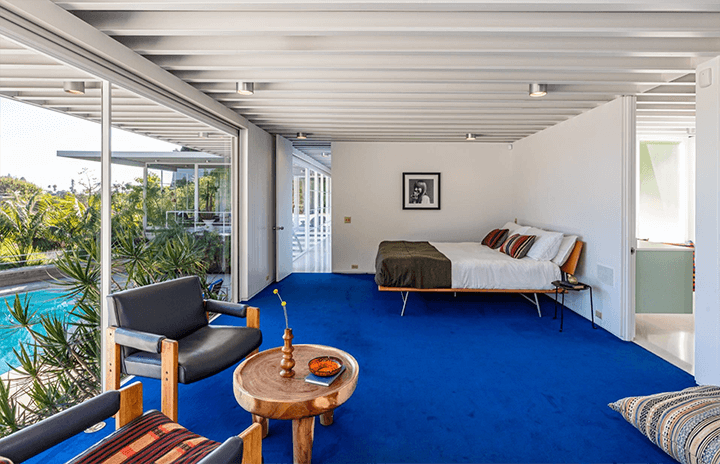 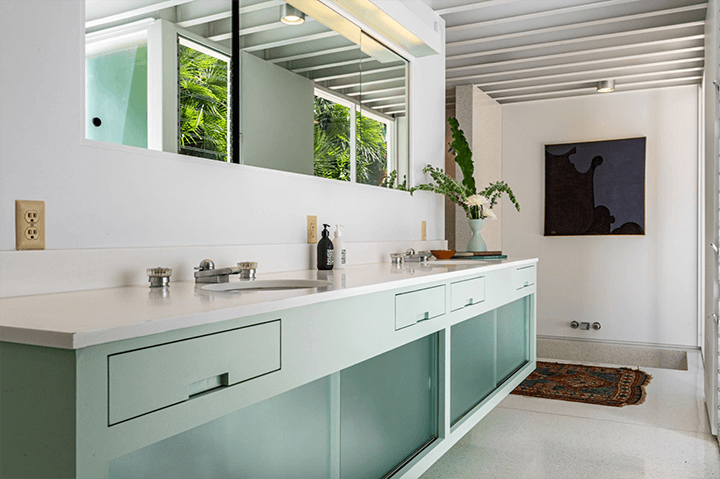 Along with the pool, the gated private grounds of this statement mid-century also has a cold plunge and sauna tucked in the garden. 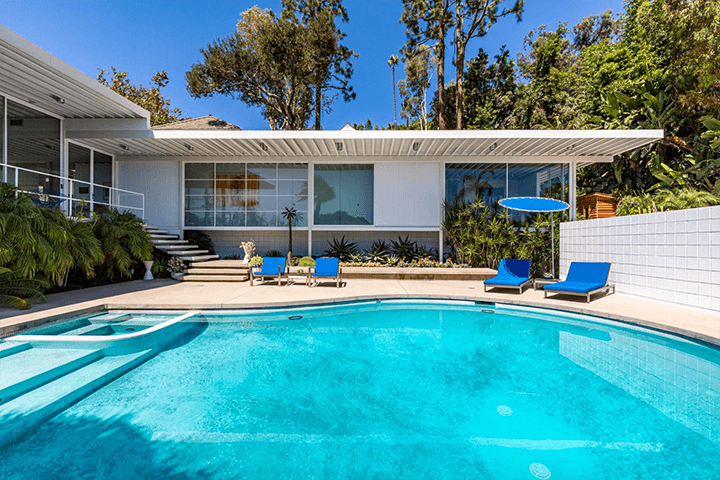