END_OF_DOCUMENT_TOKEN_TO_BE_REPLACED

The Hollywood Hills is one of the few places in this world where all that glitter is gold.

In 1920 real estate mogul and developer Sydney Woodruff felt the time had come for greater expansion and decentralization of the Los Angeles metropolitan area. He proclaimed, “With Los Angeles destined to be a city of millions Hollywoodland is so situated that home sites purchased today will be worth fortunes.”

Today the hills are alive with some of the most remarkable and globally renowned architecture.

This is what modernist dreams are made of.

The most iconic structure in Los Angeles was the vision of Clarence “Buck” Stahl.

In 1954 Stahl and his wife, Carlotta, purchased a vacant lot in the hills. At first, their search for an architect proved disheartening as architect after architect turned the project down stating the site was un-buildable. Then they met architect Pierre Koenig.

Young and ambitious, Koenig agreed to take on the project and worked it into the Arts and Architecture experiment known as the Case Study House program.

It’s no wonder this home is listed on the National Register of Historic Places.

I spent far too long in this house daydreaming.

As I gazed out the walls of the floor to ceiling windows I wondered what it would be like to see the sparkle of the city lights on a daily basis.

Cause while architect Ed Niles is a lesser known modernist architect he perfectly captures the essence of the mid century modern aesthetic in his first home. And the view of the city steals the show.

For the city of Los Angeles the Hollywood Hills isn’t considered to be diverse. The majority of the population here is 74.1% white. Latinos make up 9.4% followed by Asians who make up 6.7%. Other and Black/African American make up 5.3% and 4.6% respectively. 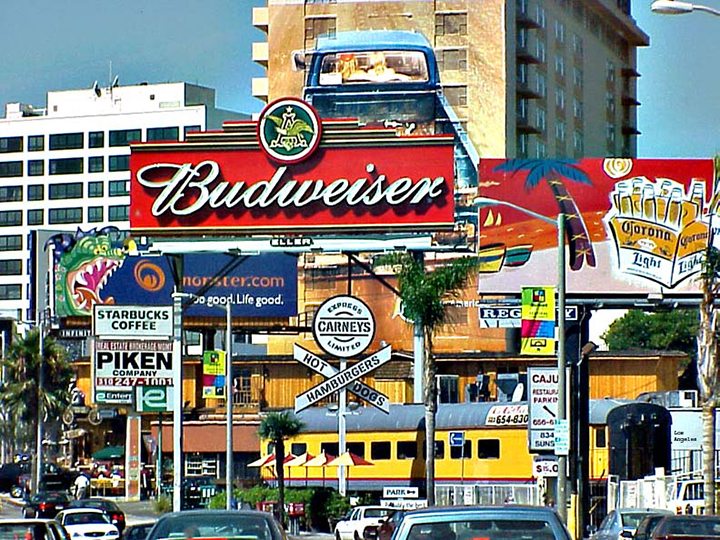 From sightseeing, bar hopping, nightclubbing, and people watching you’re never left thinking of what to do. Here are some local faves.

This is the best marketing campaign, ever.

While the sign is a landmark that represents the iconic glitz and glam of show business it was originally erected to promote the sale of new homes and real estate opportunities in the neighborhood.

Erected in 1923 the sign originally  read Hollywoodland and measured 30 feet wide and approximately 43 feet tall. And at night it would light up like a beacon beckoning new comers to the area.

As one of the world’s largest natural amphitheaters it’s hard to believe the original stage was a wooden platform covered by canvas and the audience sat in moveable benches scattered across the hillside.

In 1926 local architects, including Frank Gehry and Lloyd Wright (Frank Lloyd Wright‘s son) stepped in to improve the acoustics and make much needed structural changes.

Today, the stage of the 20,000 seat ampitheater has been graced by legendary performances from artists ranging from Frank Sinatra, Sade, Police, Santigold, and Coldplay, to Jay Z, Kanye, and Grace Jones.

You can cancel your gym membership.

This 160 acre park offers hiking trails to match your fitness level, free daily yoga classes along with pull up bars and benches throughout the park.

And your reward for succeeding in making it to the top of the hill is simultaneously taking a moment to catch your breath while gazing at the most unbelievable views of Los Angeles.

Franklin Village is a small pedestrian filled stretch of Franklin Ave at the base of the Hollywood Hills. It’s where my friend and I often stroll to La Poubelle, a French bistro, with side walk seating and share the best plate of crispy brussel leaves and a bottle of Malbec. This stretch is also home to a market, a dry cleaners, a theater, and a coffee shop making daily chores easy for local residents.