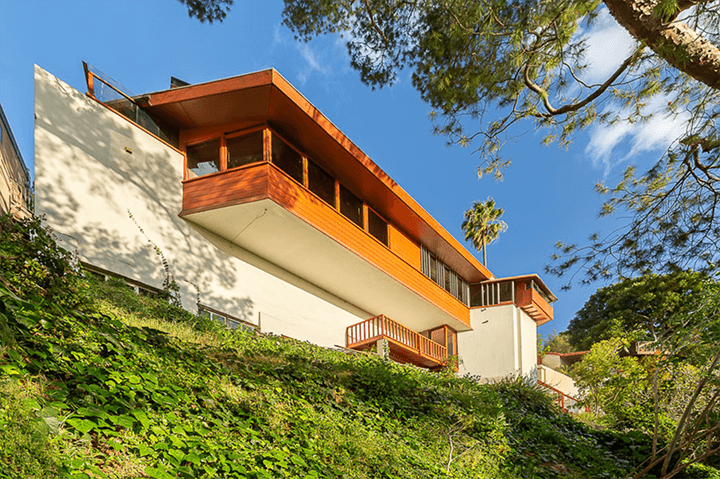 John Lautner designed some of the most remarkable modernist structures in Los Angeles, including a house for his own family that’s now up for grabs in Silver Lake.

Built in 1939, the airy 1,244-square-foot, two-bedroom home sits on one of the best streets in Silver Lake’s Moreno Highlands. After seeing the residence, architecture critic Henry Russell Hitchcock hailed the residence as the “best house by an architect under 30 in the U.S.” and Business Insider says, “Hitchcock remarked, ‘Lautner’s work could stand comparison with that of his master.’” 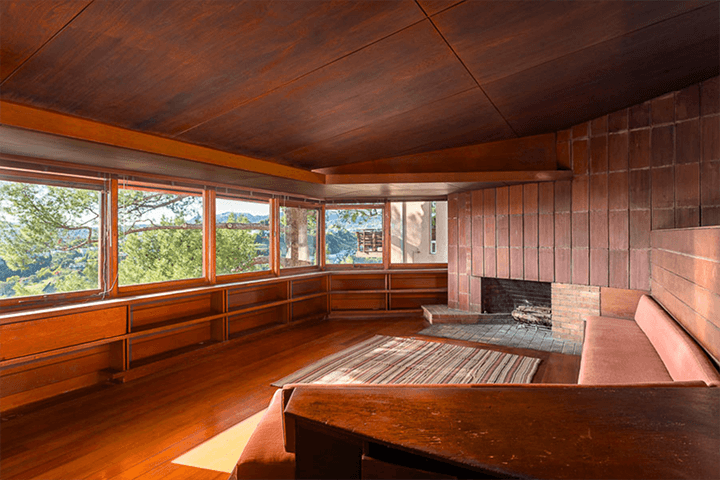 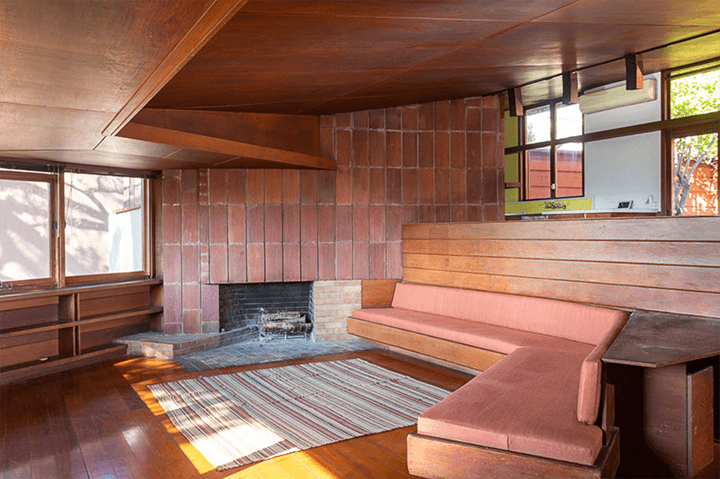 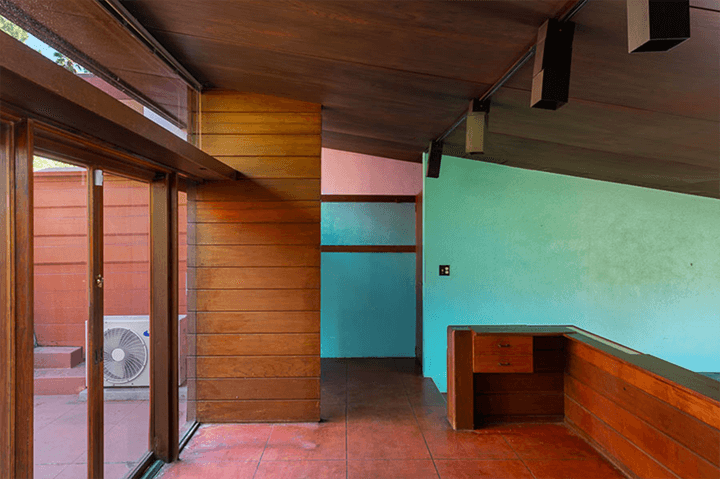 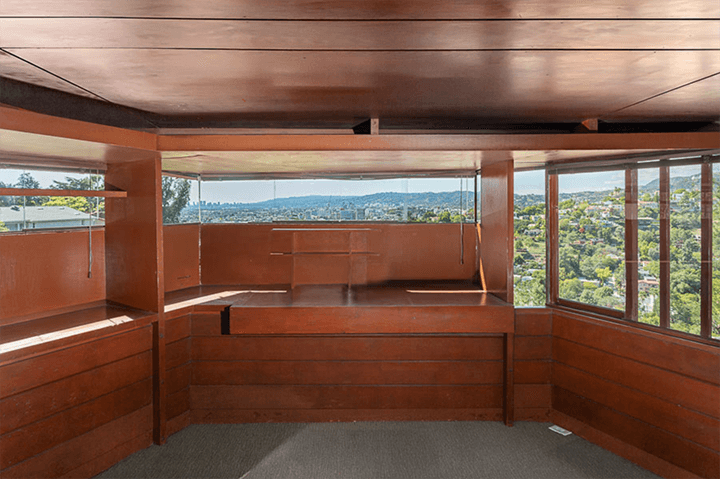 Lautner originally wrapped his home in yellow stucco and natural redwood with the bedrooms accessed from a balcony which has since been enclosed. Inside, his signature geometric forms include a sloped ceiling over the two-level living space (doubling as natural ventilation for warm air to rise and exit above the kitchen), built-in sofa and shelves, and an impressive brick fireplace in the living room. Large windows and expanses of glass line the living room and hallways, bringing in lots of lush and leafy views of the surrounding hills.

Listed on the National Register of Historic Places, Lautner’s personal residence was the beginning of a fascinating body of work that Alan Hess describes as “embodied kinetic energy, rising and looping skyward in exhilarating leaps – one of the vernacular and visceral designs of freedom that Lautner appropriated in his art.”