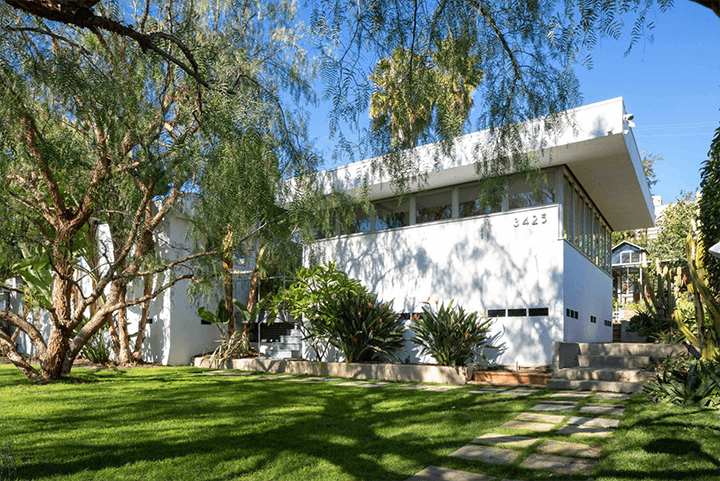 The current owner of the Lukens House—one of twelve remaining examples of Raphael Soriano’s residential work—is ready to pass the torch of stewardship.

Constructed in 1940 for Glen Lukens, a ceramic artist, educator, and one of the founders of the acclaimed Arts & Architecture magazine, the residence is nestled on almost half an acre on the original garden of the Lycurgus Lindsay estate—a property that once “stretched from West Adams (where the old house, a city historic-cultural monument, is now part of a Polish church) down to West Twenty-Seventh St., where the Lukens property was originally part of its gardens.” 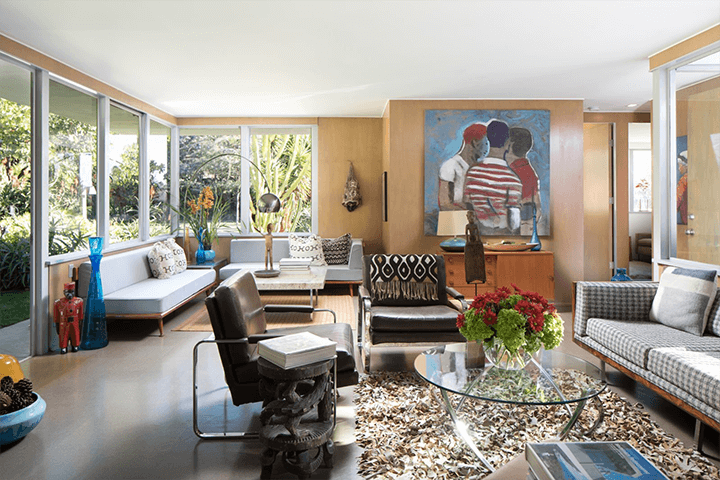 When Mike Chapman first saw 3425 West 27th Street in Jefferson Park the property was in a tragic state of disrepair. With 14 cars, a boat, and shipping containers sitting idle on the land, LA Conservancy reports “the house had deteriorated so badly that the city boarded it up. Drug dealers and vagrants used the house anyway, and it was so badly damaged and overgrown with brush that some thought it had been demolished.”

Despite this, it was an amazing opportunity to resuscitate an architectural gem. 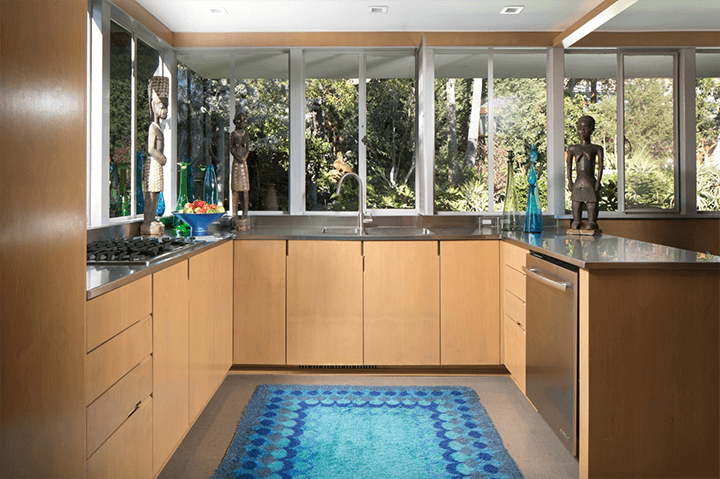 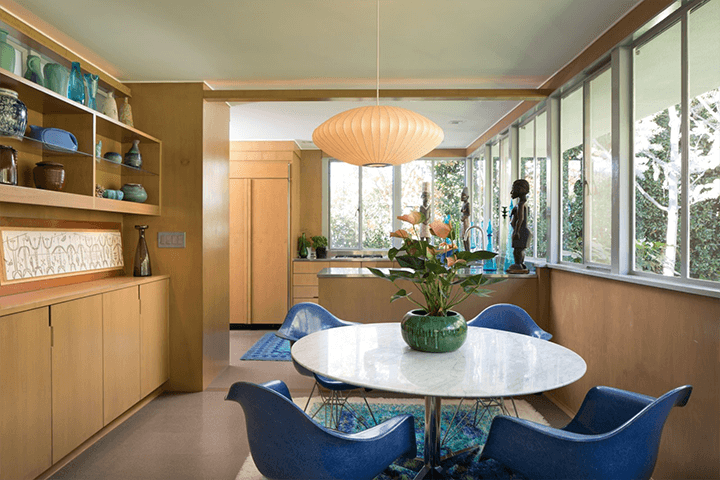 Using the original blueprints and drawings from Soriano‘s archives kept at CalPoly Pomona and photos taken by the architectural photographer Julius Shulman, Mike teamed up with Barry Milofsky of M2A Architects along with Albert Luna to help with a down to the studs remodel of the three-bedroom, two-bathroom residence.

Inside, every surface of the 1,491-square-feet of living space was replaced. “The dining room occupies the space which was once a kitchen. Walls were opened up and a credenza was added for serving. Lukens had requested lots of shelving for his ceramics. Here shelving was added to display the owner’s pottery collection.” 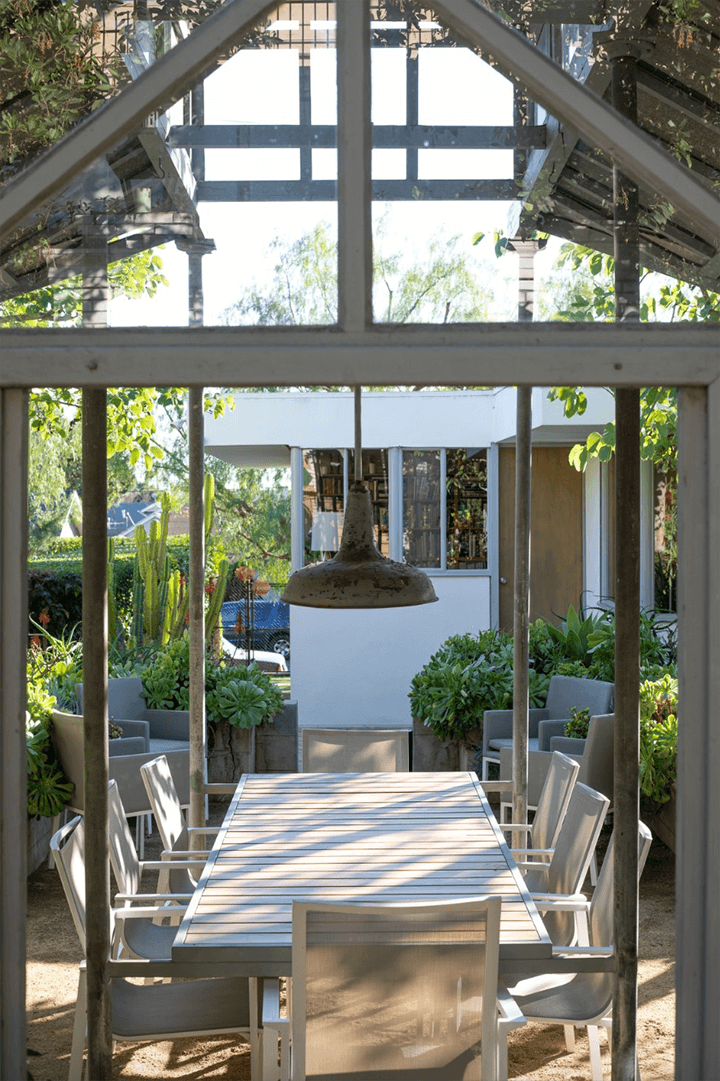 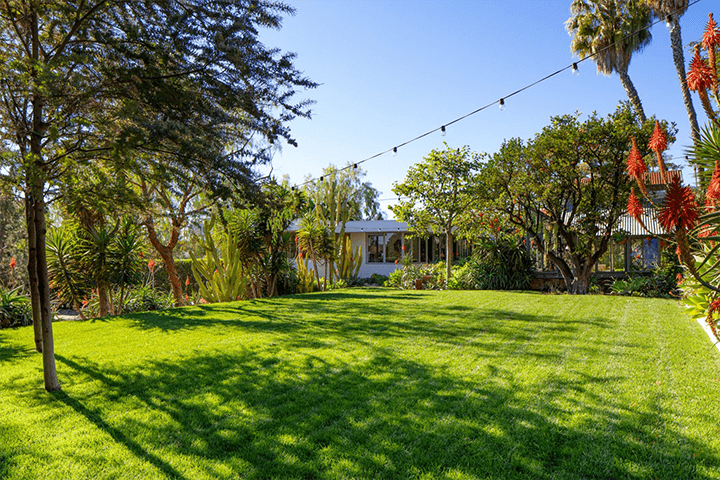 Outside, the mansion’s 1908 restored glass greenhouse has been re-purposed as a dazzling dining pavilion, enhancing the lushly restored garden. Mike says “Sitting in a garden like this is something you don’t find everyday in LA.”

His job complete and throughly enjoyed, Mike is looking for another project and is ready to pass the torch of stewardship. “There’s a lot of potential for future buyers to create their architectural vision.”

Interested in seeing Raphael Soriano’s Lukens House? Get in touch by email or call (323) 829-4440 to schedule a showing.