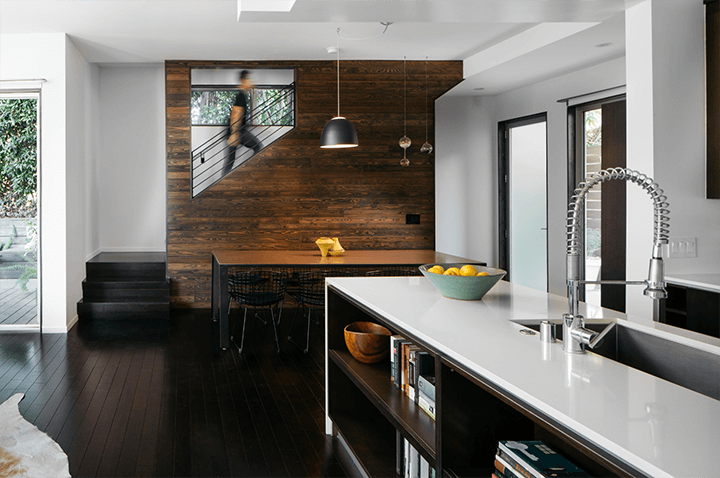 One of the Edgecliffe Terrace Homes, built under the city’s Small Lot Subdivision Ordinance, returns to the market.

Four homes were built by Green City Building Company (the then owner, developer, architect, and general contractor) in Silver Lake’s ever-popular Sunset Junction. When they first hit the market in 2012, Matthew Foss, one of the developers/designers, decided to keep the primo rear unit for himself.

Inspired by the mid-century modern aesthetic, the home has three bedrooms, and two and a half bathrooms, an attached two-car garage, and a roof deck where you can enjoy sweeping views of the Silver Lake hills, Observatory, and Hollywood Sign have your private yard.

And, let’s not forget how close you are to the farmer’s market, Cafe Stella, Pine and Crane, and other local favorites. Listed by Geoff Clark and Jordan Berry, the asking price is $1.195 million.