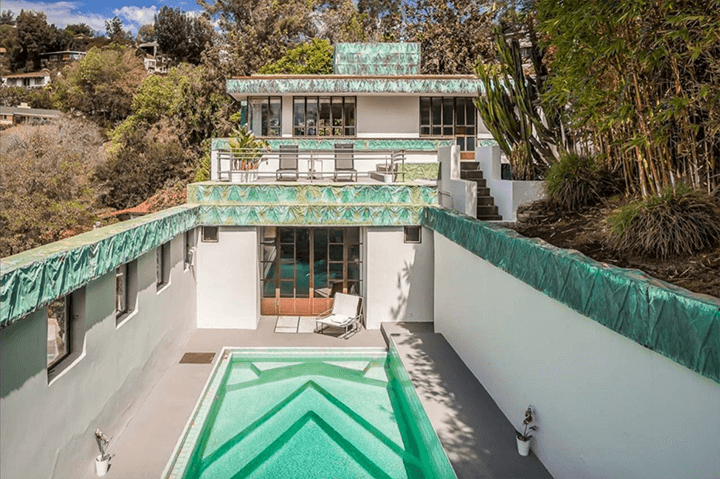 Authors of Landmarks of Los Angeles describe the Samuel-Novarro Residence designed by Lloyd Wright as “ may be the most beautifully sited home in Los Angeles.” And they’re right.

When Novarro took ownership of the house, he rehired Wright – who completed the stunning Sowden House in 1926 – to expand the home by adding a pergola, a music room, and a bedroom suite and hired “legendary art director Cedric Gibbons to design interiors.”

Holding three bedrooms and three bathrooms, the 2,690 square feet of interior space features polished concrete floors, a fireplace, casement-style windows, and “doors that lead out to a swimming pool set into a high-walled courtyard that ensures complete privacy and, hence, encourages both late night and broad daylight skinny dipping.”

Last sold in 2014 to screenwriter and producer Dale Launer for $3.8 million, the home is now listed by Juliette Hohnen, seeking $4.295 million.