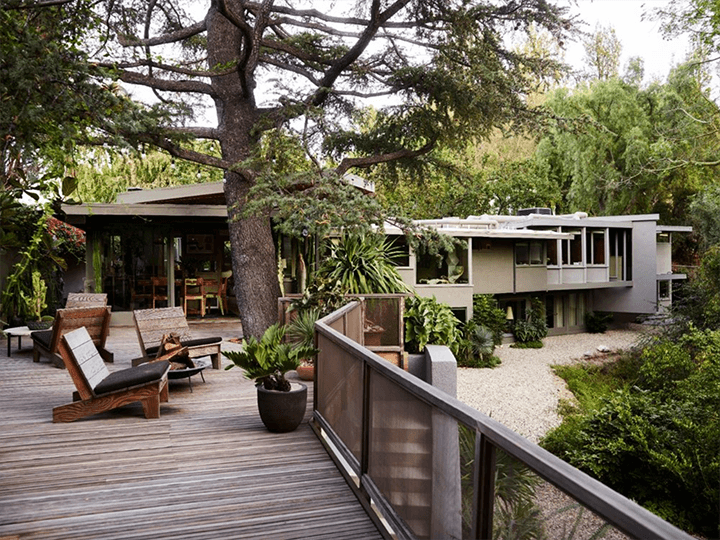 Respecting the treasure that it is, Pamela Shamshiri restores Rudolph Schindler’s Lechner House in Studio City to impeccable perfection.

Shamshiri and her brother, Ramin, were part of the four-founding partners at Commune who now run Studio Shamshiri. Listed on Architectural Digest’s AD100 for 2019, the team are celebrated designers known for restoring homes designed by iconic architects such as A. Quincy Jones and Buff & Hensman, as well as breathing new life into old buildings like they did for their office housed in the Thomson Building, a 1920’s Hollywood landmark they acquired and restored in 2017.

When Shamsiri first saw Los Angeles Historic Cultural Monument #1024 it had strayed far from its original glory. She told the NY Times, “The walls and the bold, angular, stainless-steel fireplace were covered in Sheetrock (the brick columns that flanked the hearth had been sheathed in black granite), and Schindler’s purposefully plain, hardware-free windows had been replaced with big-box-store-grade metal ones. The architect’s understated mirror-top bar and built-in pullout table were gone from the great room, and there were incongruously cheery mosaic tiles in the kitchen. Some of the outdoor spaces on the two levels had been enclosed — not necessarily a bad idea, but the work had been done shabbily. “It was heartbreaking,” Shamshiri says. “The spirit was gone.”

After a decade-long restoration the Lechner House, located at 11600 Amanda Drive, now stands restored and improved.

Walled and gated for ultimate privacy, the home sits on over 15,000 square feet of land with tons of ambient light streaming through multiple floor-to-ceiling walls of glass and cleverly placed clerestory windows, offering views of nature from almost every room.

Inside, the restored four-bedroom, three and half bath home measuring 3,539 square feet blends Schindler’s signature use of organic materials with Shamsiri’s talent for mixing the old with the new. Built-in sofas that once flanked the fireplace are back and updated features include a Zenlike bathroom with a square cedar soaking tub and custom plywood cabinetry, uninterrupted by hardware.

Asking $4.8 million, the home is listed for sale for the first time since Shamshiri laid her creative hands on this architectural gem.

Interested in seeing this restored Schindler? Get in touch. 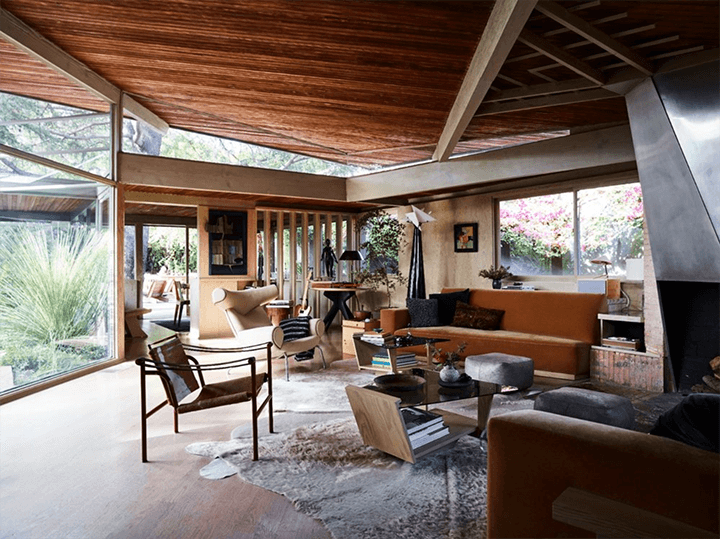 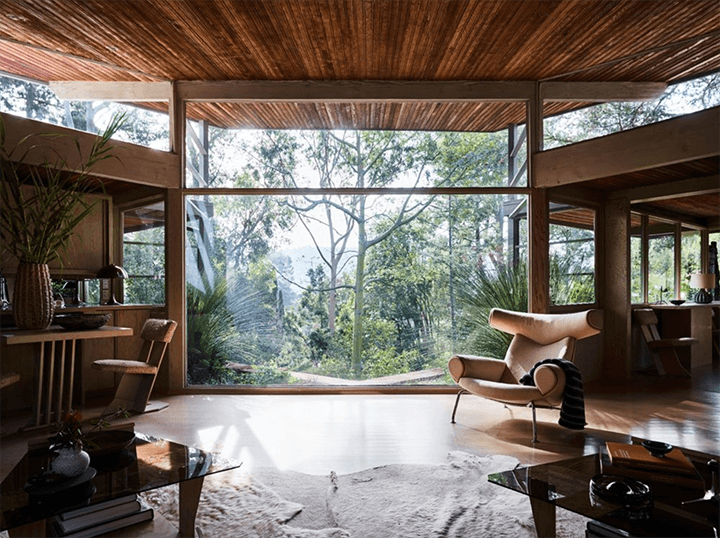 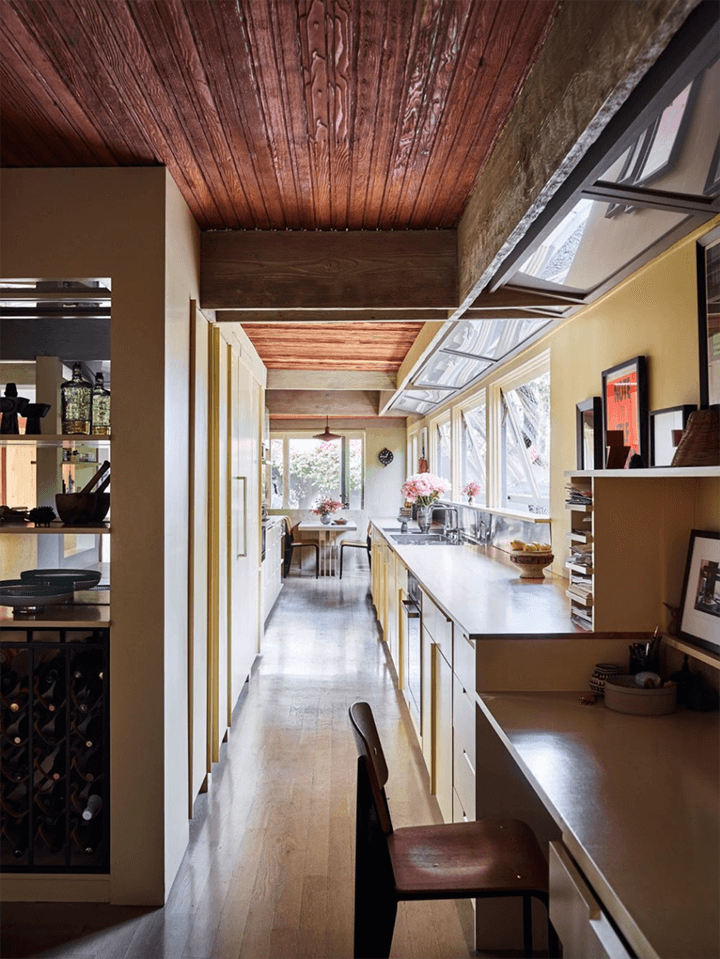 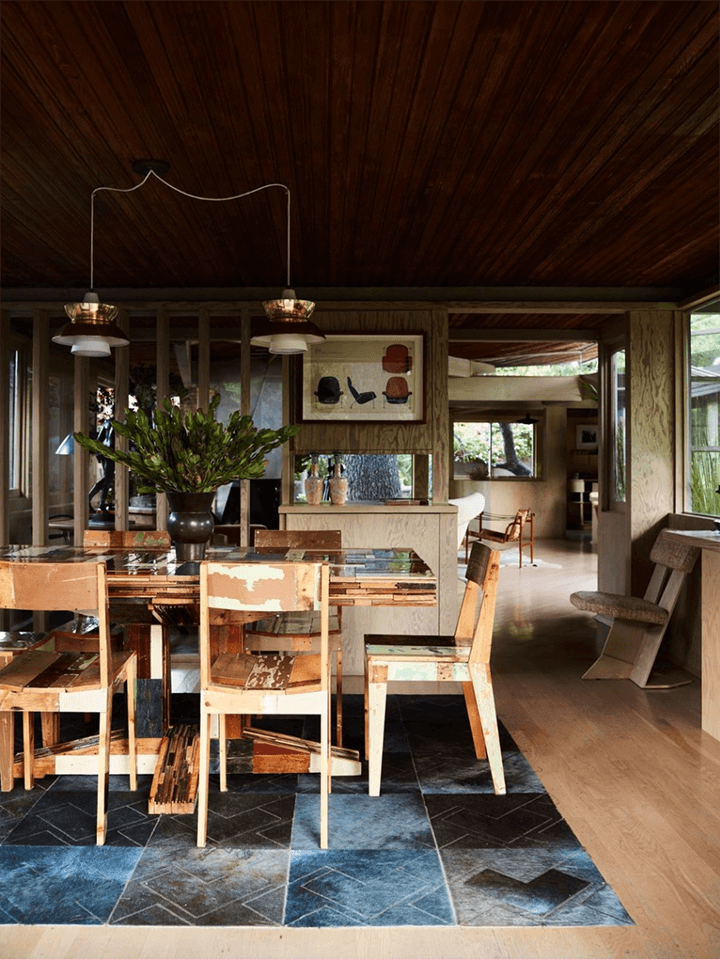 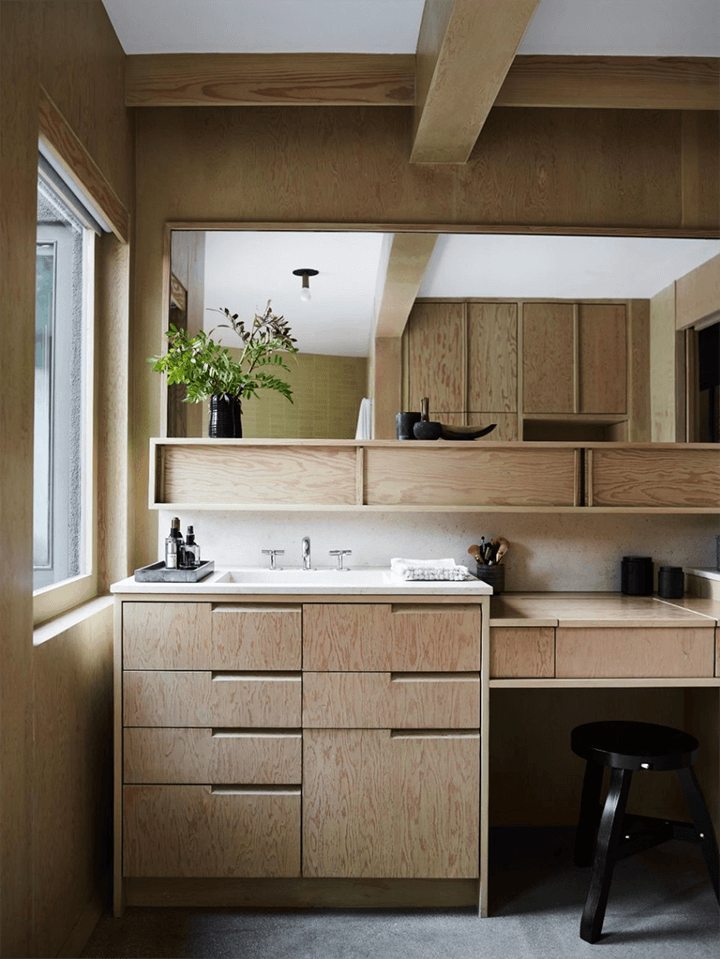 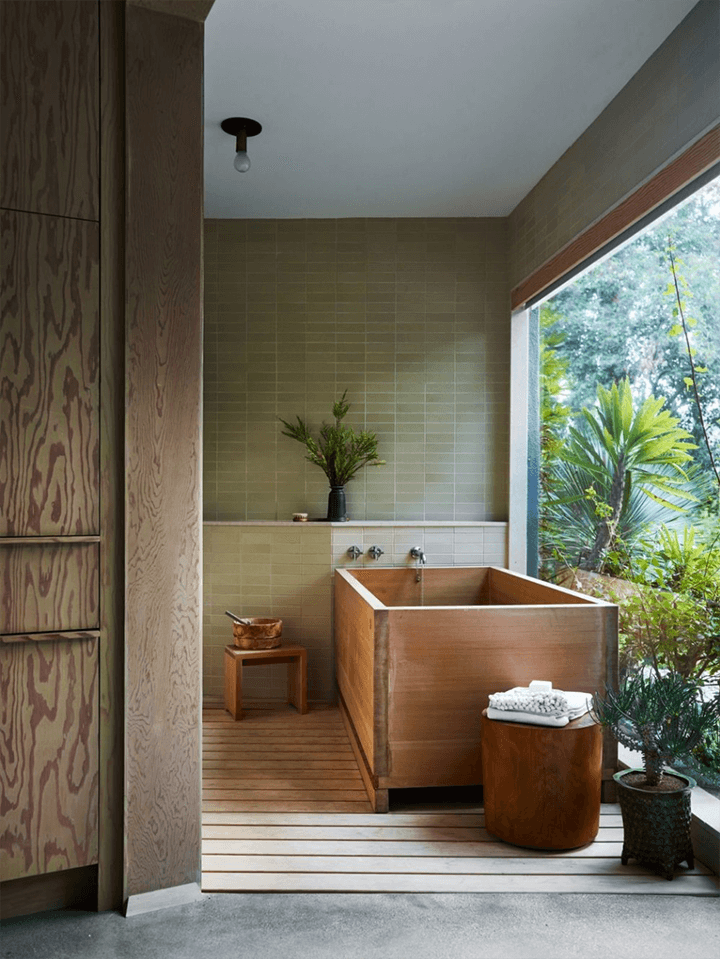 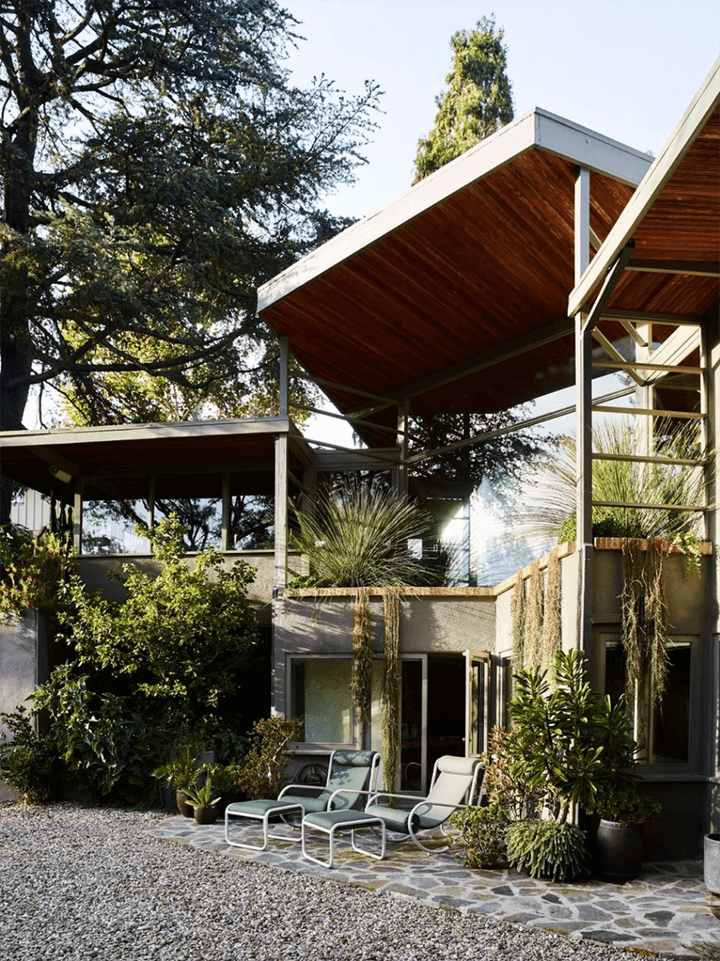