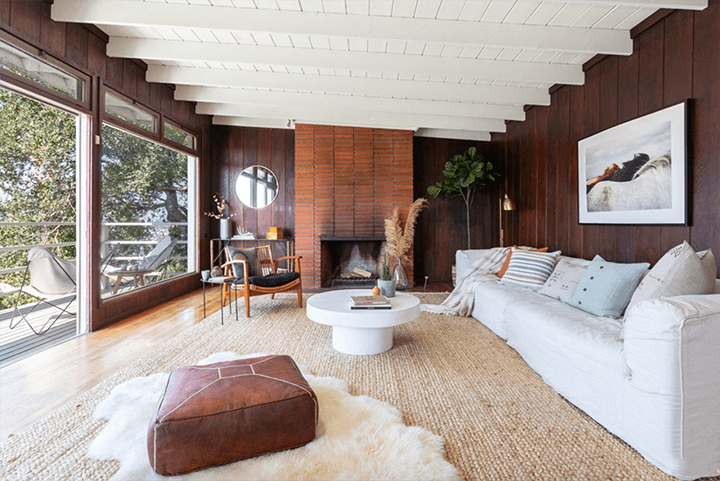 Gilbert Leong designed many of Chinatown’s public and commercial structures as well as a number of private residences, including the Kung Residence, a retro mid-century in the Elysian Heights neighborhood of Echo Park.

Built in 1951, the residence is located at 1915 Walcott Way, a secluded street with spectacular views of the Griffith Park Observatory and the San Gabriel Mountains. 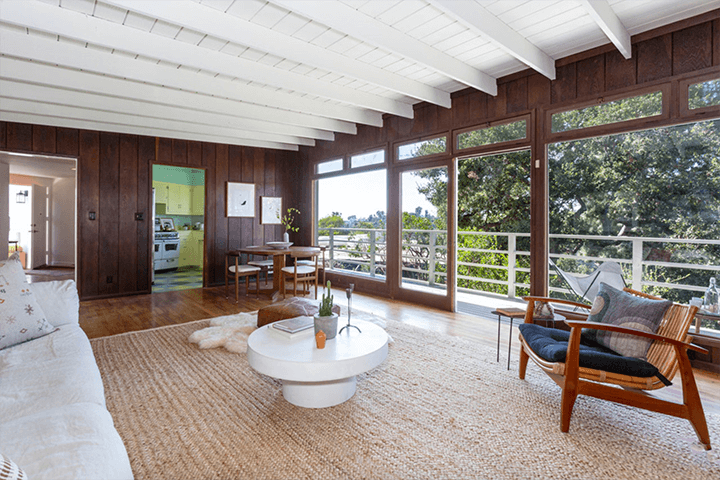 Spanning two-stories, the modest interior measures 1,115 square feet. Inside the two-bedroom, one and a half bathroom home features an open living and dining area with a floor-to-ceiling brick fireplace. Wood paneling lines the interior walls, and natural, ambient light filters through large sliding glass doors and clerestory windows. 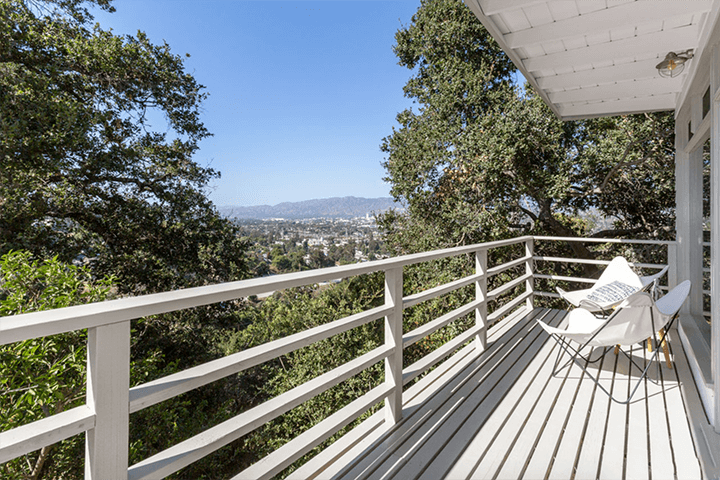 A deck, accessed via the living room and kitchen, is a feature often seen in Leong’s residential work. 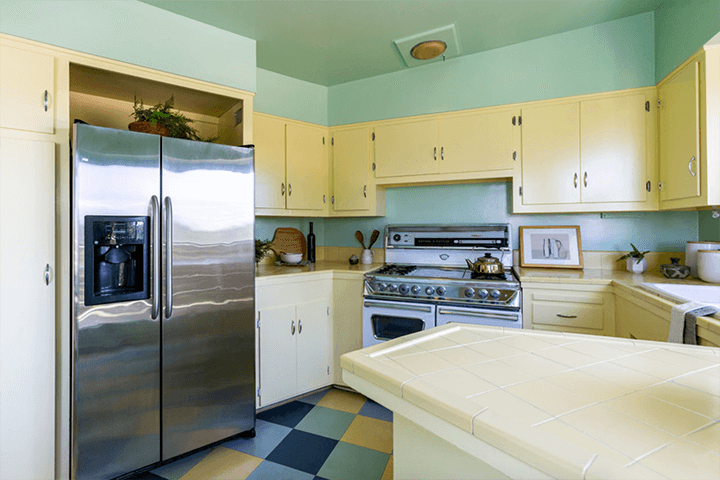 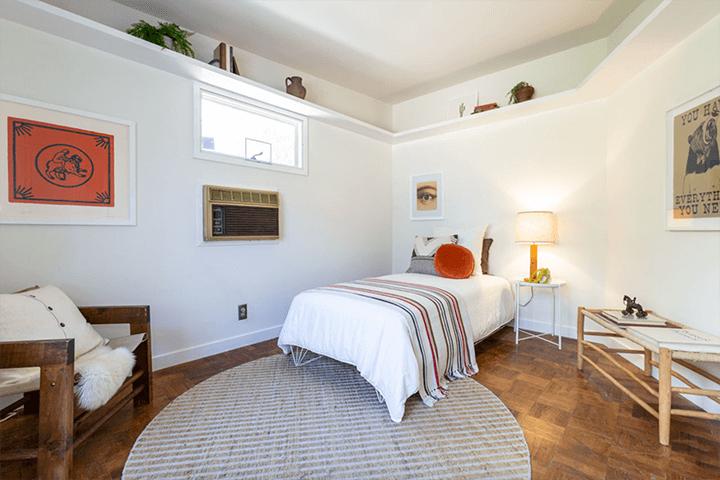 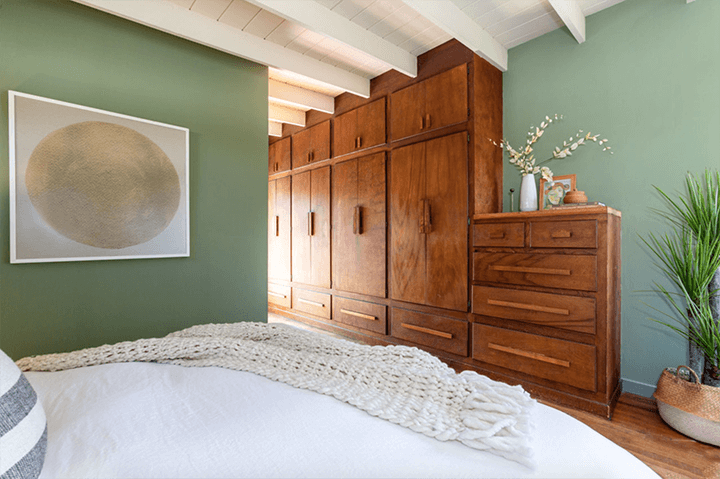 Original built-in closets almost run the length of one wall in the master suite. 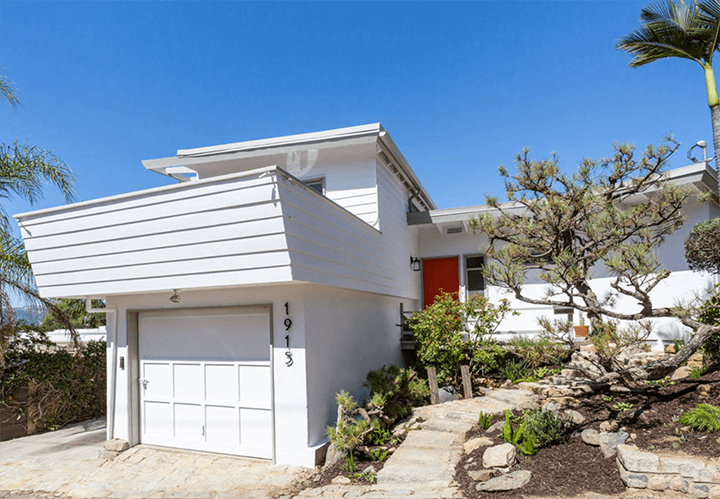 A pioneering architect, Leong became the first Chinese American to graduate from USC’s architecture program. He was also “co-owner of Chinatown’s Soochow Restaurant, longtime member of East West Bank’s board of directors, and member of several other organizations. He was featured in Lisa See’s book, On Gold Mountain: The 100-Year Odyssey of a Chinese American Family, a CBS documentary about Chinese-Americans, and the exhibition Breaking Ground: Chinese American Architects in Los Angeles (1945-1980),” reports Eric Brightwell.