Lloyd Wright’s stunning Henry Bollman Residence located in Hollywood is so spectacular its graced the cover of Architectural Digest – twice.

While working along side his father, Frank Lloyd Wright, Olmsted and Olmsted, Irving Gill, Rudolph Schindler, Norman Bel Geddes and putting forth his creative efforts in theatre, music, landscape, and architectural design Wright began to form his own personal vision of a new architecture.

For his second commission he utilized an innovative building system of pre-cast concrete blocks to both structurally and decoratively augment standard construction techniques. His father employed this “knit-block” construction system in the Millard, Freeman, Ennis, and Storer residences and Wright used it to create the jaw-dropping  Samuel-Novarro House and the Sowden House.

Unfortunately, over the years its majestical Mayan-esque beauty was left to deteriorate. By the time designer Mimi London saw the Bollman Residence for sale in December 1983, the dwelling was falling apart after many years of neglect. “Walking in, the magic and mystery of the place was still present, but it was like discovering a Mayan ruin.”

Despite its dilapidated state something tugged at London’s creative heart. And so began the process of renovation and interpretation to resurrect the home’s past grandeur.

London’s efforts made the residence more functional for modern lifestyles with a new kitchen and baths, and an expansion of living space into what was the attached garage. The living room and formal dining room open out to a private patio surrounded by a tropical landscape with plantings such as Monstera Deliciosa, Trumpet Vine, and Black Bird of Paradise which Wright himself may well have specified. London’s cheery touch lends lightheartedness throughout the residence which incorporates 4 bedrooms and 2 baths. 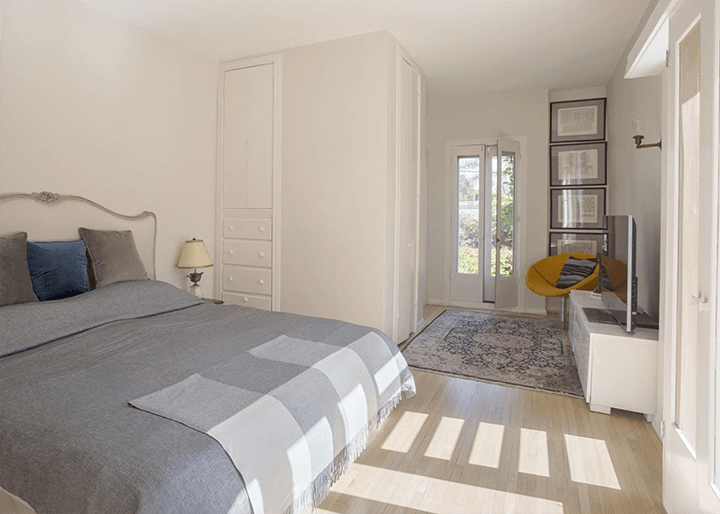 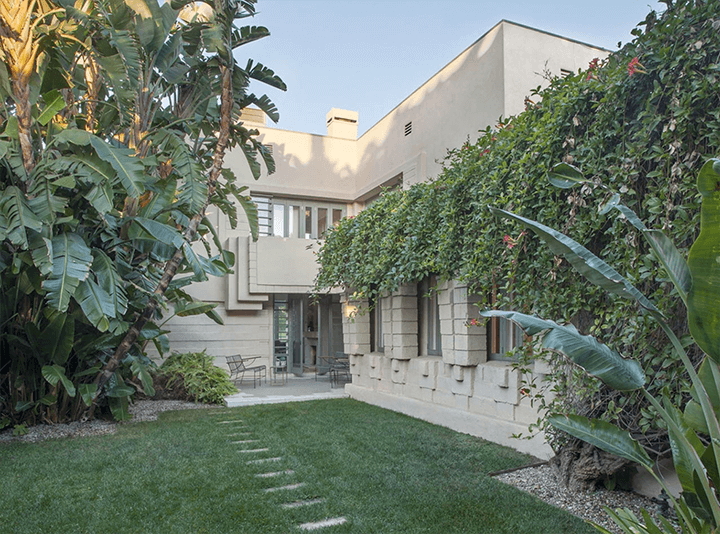