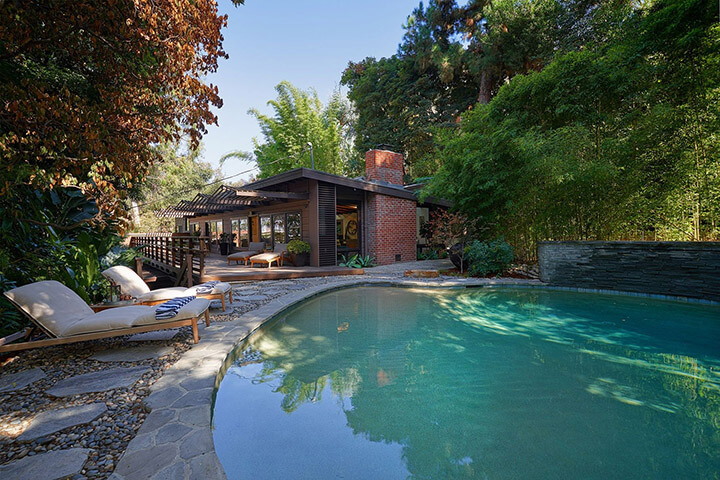 The modernist house, located at 3574 Multiview Drive, was built in 1949 for Millard Kaufman, an Oscar-nominated screen writer and co-creator of the animated character Mr. Magoo. 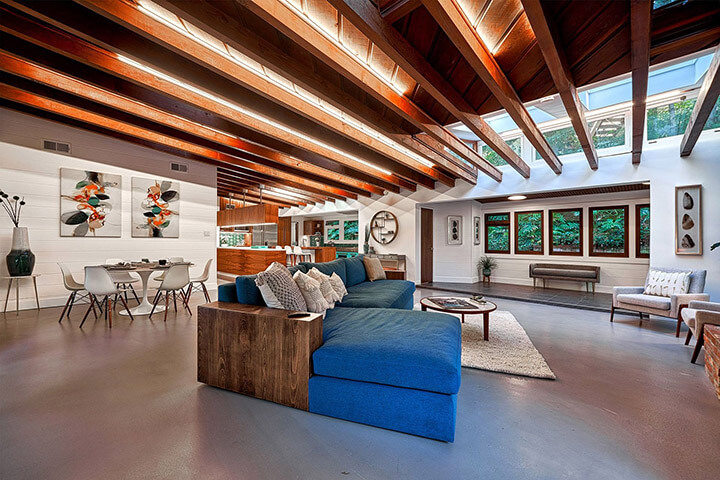 The post-and-beam home sits on a private 12,440-square-foot lot in the Hollywood Hills overlooking the city, located on the same street as a John Lautner, a Rudolph Schindler, and a couple of Buff & Hensmans. 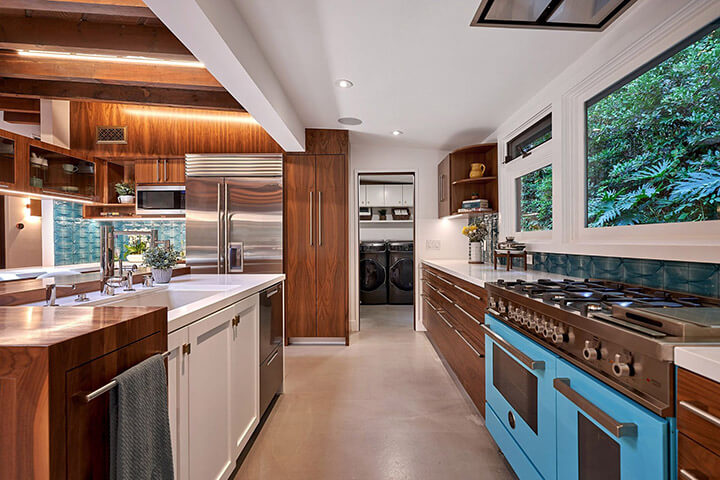 In 1954 Kaufman commissioned Neutra to design the lower-level master suite, playroom, workshop and stairway. In 1958 he asked Alexander Ban to design the studio addition. And, five years later, he asked Josef Van der Kar to bring forth the undulating trellis and service porch, and legendary landscape architect, Garrett Eckbo, to shape the outdoors. 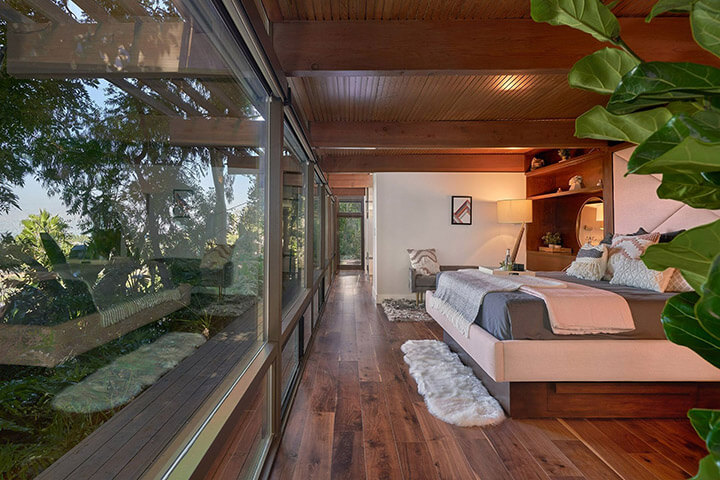 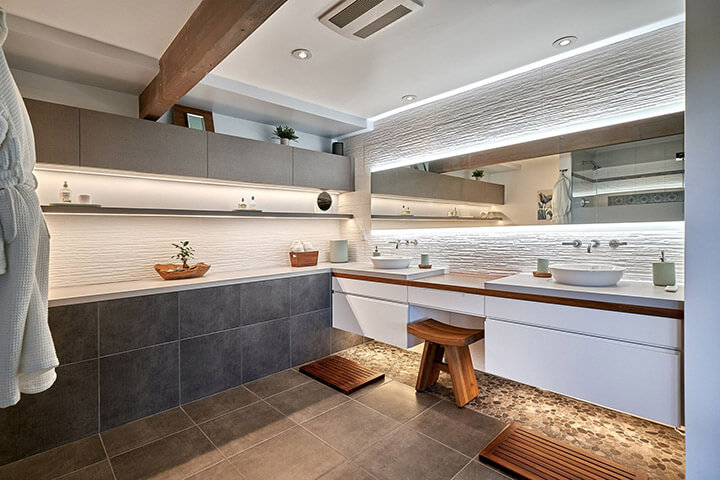 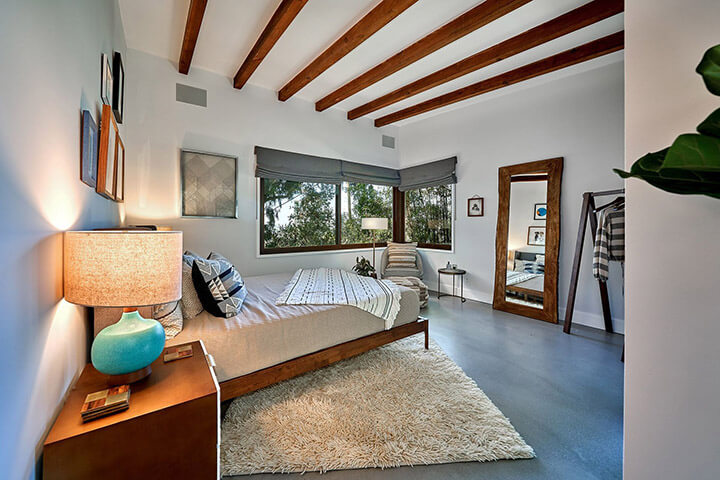 This four-bedroom, three-bathroom modernist house, measuring 2,503 square feet, features wood-beamed ceilings, skylights, soaring walls of glass, original paneling, built-ins, and a fireplace in the living room. The living, dining, and kitchen flow out to the deck and lushly-landscaped grounds with a pool, patio with fire pit, and sweeping mountain views. 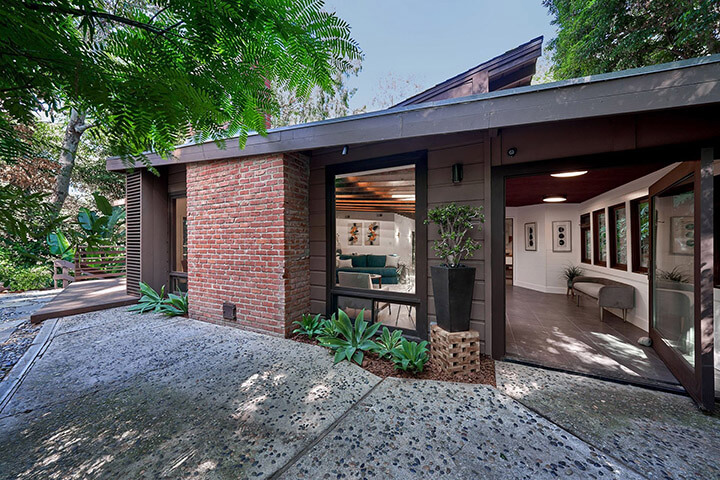 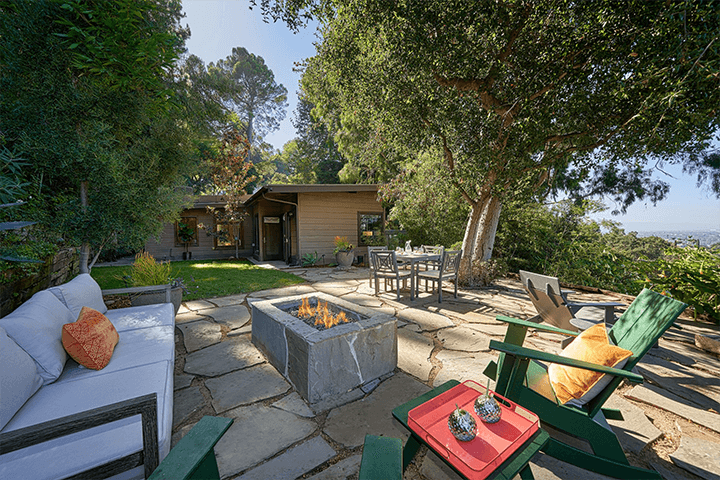 The home was flipped in 2004 by trophy-house collector Michael LaFetra who sold the residence to interior designer Thierry Marchand. Last sold in 2016 for $2.325 million the home is now listed for $3.289 million.

Interested in seeing the Millard Kaufman House in person? Get in touch by email or call (323) 829-4440 to schedule a showing.