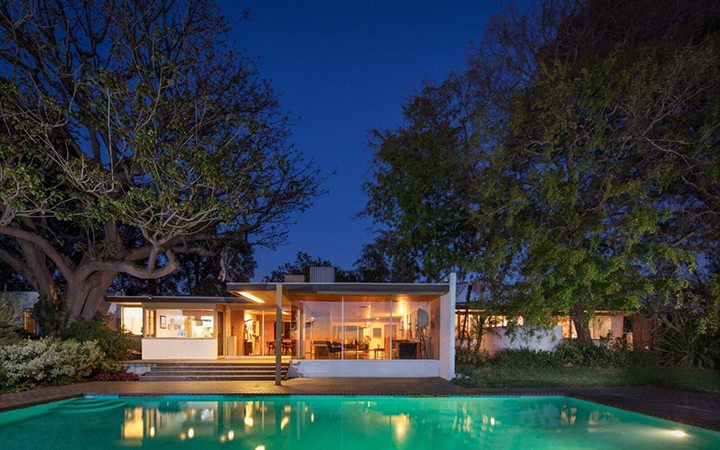 Built on a flat ridge top measuring almost an acre is this breathtaking mid-century modern home by Richard Neutra that just hit the market in the Hollywood Hills.

Completed in 1951, the Schaarman House sits on a quiet cul-de-sac above Mulholland, surrounded by glass walls framing picturesque views of Los Angeles.Save

The 3,378 square feet of interior space is filled with classic Neutra details. Everything from seamless walls of glass, wood floors and ceilings, a stacked stone fireplace, hidden shades, and numerous custom built-ins.

The expansive flat grounds feature an entry garden reflecting pool, a large swimming pool, and a separate one-bedroom guest house hidden away on the opposite side of the property.

To own a home designed by one of the most influential modernist architects of the twentieth century is worth every dollar of the asking price.