A three-bedroom townhouse at El Cabrillo, one of Hollywood’s cherished Spanish revival courtyard buildings, recalls the glamorous style and spirit of Hollywood’s heyday.

Listed on the National Register of Historic Places, rumor has it movie mogul Cecil B. DeMille commissioned husband and wife design duo Arthur and Nina Zwebell — who specialized in Spanish courtyard architecture — to erect the 10-unit, two-story apartment structure located on Grace Ave “to house stage actors from New York whom he brought to Los Angeles when talking pictures arrived.” 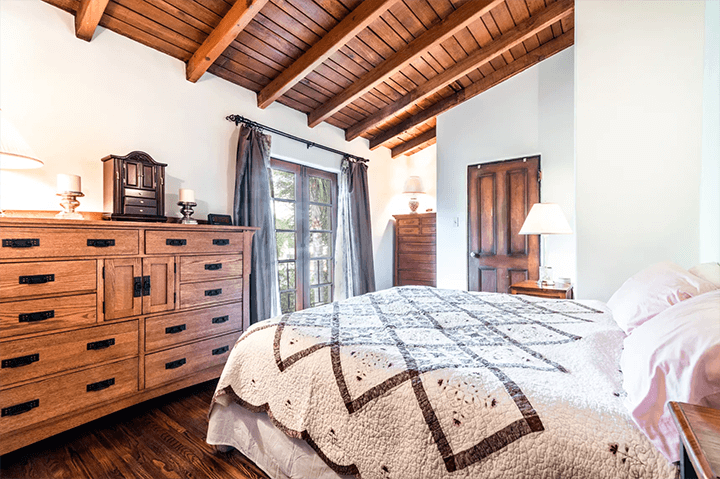 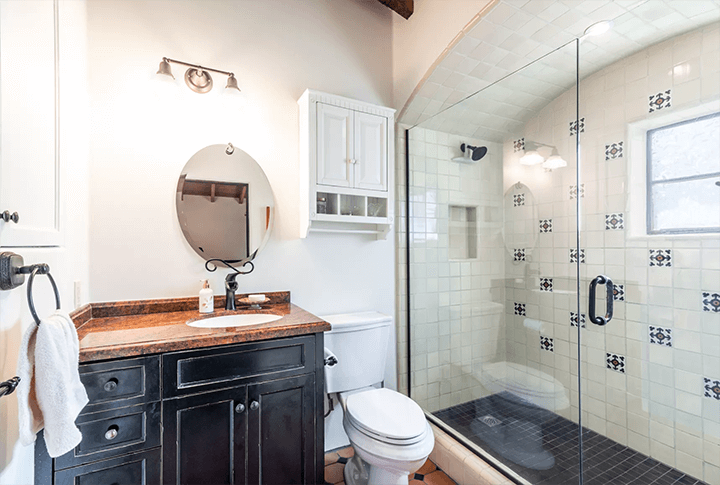 For decades the units were rented to members of the Hollywood scene, including actress Ann Harding, director Lowell Sherman, and the transvestite actor Divine. Then in 2006, Xorin Balbes — a collector/designer/developer of trophy architecture — completed an extensive restoration and converted the building to a condominium complex. 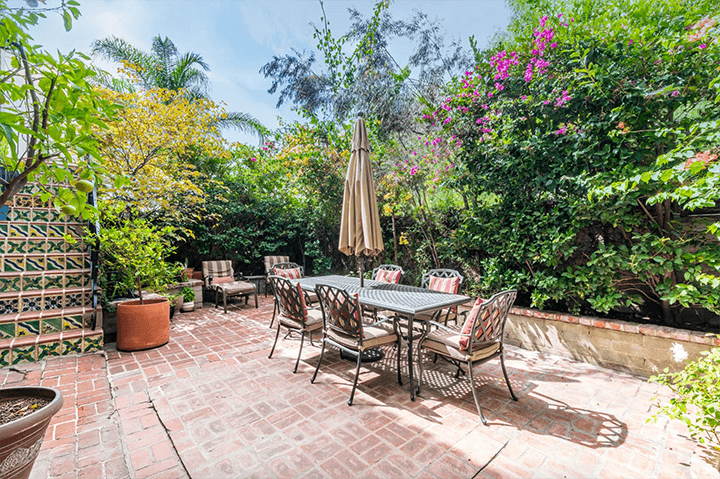 The three-bedroom, two-bath unit includes modern conveniences like central air, fully-appointed kitchens and washer/dryer, along with its own private patio.

The historic unit, which comes with Mills Act tax benefits and one deeded parking spot in the garage, is listed for $1.3 million with monthly HOA dues of $574.

Interested in this unit at El Cabrillo? Let’s talk.