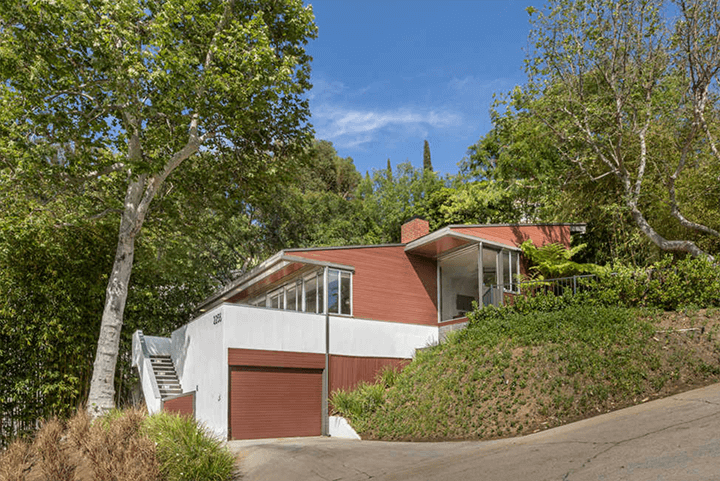 Published in Architectural Record and Arts & Artists magazines, the Bonnet House by Richard Neutra, located in the Hollywood Hills, was (and still is) widely hailed by critics.

Known for integrating his architectural homes into their surroundings, Neutra designed the Bonnet House as a series of cubes angled into a steep hillside.

The two-bedroom, two-bathroom residence is brilliantly sited to maximize Southwest views of the surrounding Hollywood Hills and the twinkling city lights below.

Other features include a light-filled wood-accented great room that flows into two patios and a top-of-the-line gourmet kitchen. There’s a sexy main bathroom and a glass-walled primary bedroom with an open-hearth fireplace. Another bedroom shows off rare curved details that echo Neutra’s Kaufman House in the same area. Private landscaped grounds based on the original plans with a mix of mature foliage, new garden planting, and terraces throughout. Listed by Ilana Gafni & Crosby Doe, the property at 2256 El Contento Dr is asking $1.795M.